“Connecting spans of bridge during the night minimized the pain. You wouldn’t recognize it the next day!” - Jury 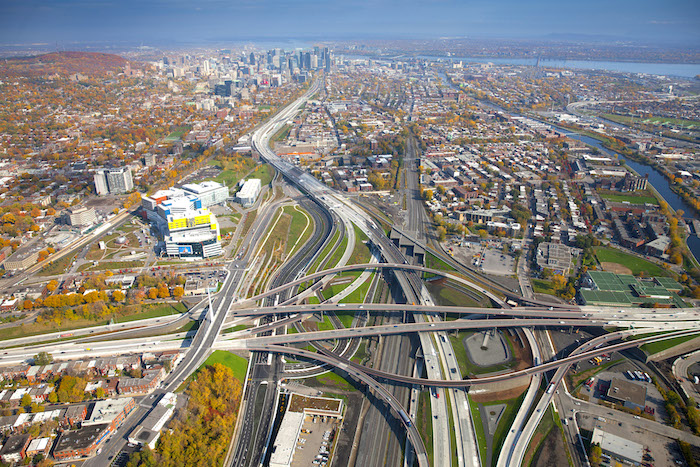 A consortium formed by AECOM and Tetra Tech acted as the owner’s engineer in the Turcot Interchange project for the last 12 years, as part of an integrated team with le Ministère des Transports du Québec (MTQ). A combination of alternative and traditional delivery methods made the implementation and integration of this project possible in an urban setting, while keeping Canada’s busiest road sector active.

The Turcot Interchange had reached the end of its service life. Its rebuilding was an opportunity to modernize a key junction, rethink its place within the urban fabric and reclassify the land on which a previously decommissioned railyard was located.

Much more extensive than the interchange itself, the project consists of rebuilding four interchanges and three highway sections (15, 20 and 720), moving the transcontinental railway and adding new municipal connections in anticipation of future development and to improve existing infrastructure. The project location spans a dense and diverse metropolitan area. With a budget of $3.67 billion, it is the largest highway construction project in Quebec history.

The integrated project team established a work breakdown, whereby 35 simultaneous work packages would be delivered under a traditional project delivery model, while one other major contract would deliver another portion of the project under a design-build model. Undertaken simultaneously, they required extensive planning and co-ordination to effectively deliver the broad scope of work.

Separate and dedicated teams were set up to manage the two models and prevent any schedule delays. Railroad displacement, which falls under federal jurisdiction, added to the complexity of standards, access sharing and uninterrupted functionality.

The main challenge was rebuilding in constrained spaces below or near existing infrastructure where more than 300,000 vehicles travel daily, while limiting closures to prevent excess traffic in neighbouring areas. In collaboration with MTQ, the consortium drafted technical requirements to enable uninterrupted road and rail travel and to leave room for creativity through a request for contractor bids. 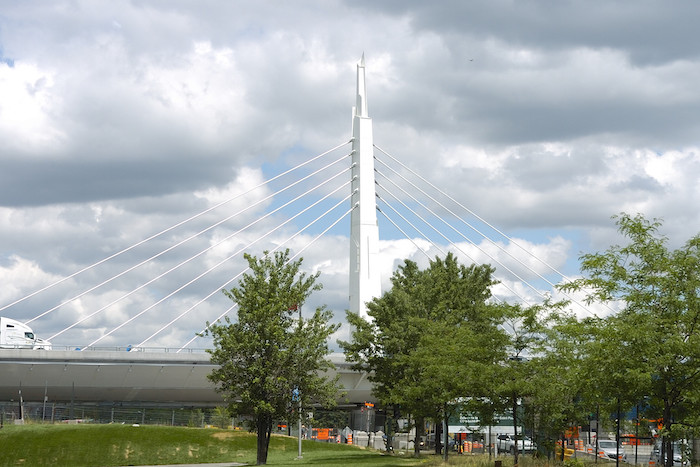 MTQ wanted to make Turcot a flagship project in terms of project management and environmental approaches. The project will create lasting positive impacts to the surrounding areas in terms of land use, public and active transportation, environment, road geometry, bridges and structures, drainage and public services. The consortium looked back at previous projects to define with MTQ the best-case scenario for future generations.

The consortium participated in the development of the objectives of the project’s charter, which include maintaining functionality, limiting impacts on the community, promoting urban integration, improving public transit and ensuring mobility during the works, while respecting the established budget and schedule. To ensure accountability in project management, the consortium designed and implemented custom monitoring and control tools.

To reduce negative impacts on traffic and mobility, several measures to promote public transit were implemented, including reserved lanes, express bus lines and the relocation of a bus terminal and a commuter train station. The integrated team collaborated on these measures, monitored their impact on mobility and helped develop communications to keep nearby communities informed on the progress of the works and to promote alternative transportation modes.

The project requirements included a target to reuse or recycle 80% of the materials remaining from the dismantling of existing buildings and structures. This was achieved by incorporating these materials into the new earthworks.

In 2013, the consortium established a team to monitor environmental quality and track impacts such as noise, dust and vibrations on neighbouring communities, 24-7. The team used data available from temporary noise monitoring stations and recommended adjustments as needed during construction, with the location of the stations changing to follow the progress of the works.

Four air quality monitoring stations were established. At the end of the works, one will remain operational under the City of Montreal’s monitoring network. 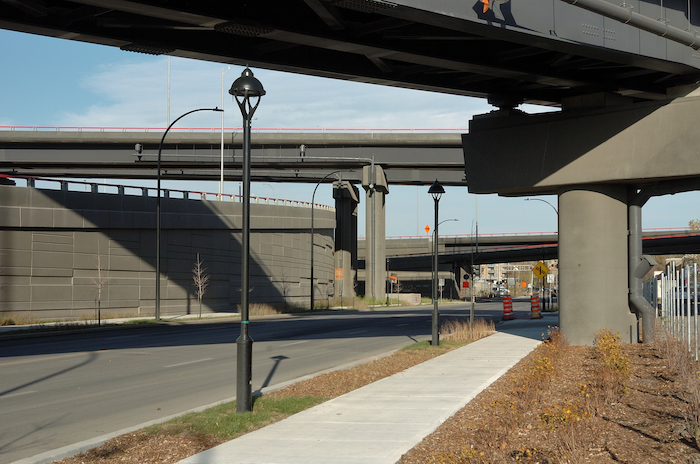 Reconstruction took place below and near many existing large-scale structures. Photo © MTQ, by Édith Martin.

MTQ had also set the objective of making Turcot its first carbon-neutral project. The consortium made this commitment a reality through elements within the design-build contract and by developing a methodology to calculate greenhouse gases (GHGs) emitted by construction activities, transportation of materials to and from construction sites and off-site elimination of waste.

Methods for reducing GHGs included the use of hybrid vehicles on the construction site, compensation in the form of carbon credit purchases and the planting of trees inside and outside the project’s boundaries. The consortium also conducted studies that led to a reduction in heat islands by quantifying the impact of the increased greenery of areas compared to the conventional final coverage method in infrastructure projects.