“The social benefits of a travel route that would decrease cost of living to residents in a large area, while addressing technical challenges, were impressive.” - Jury 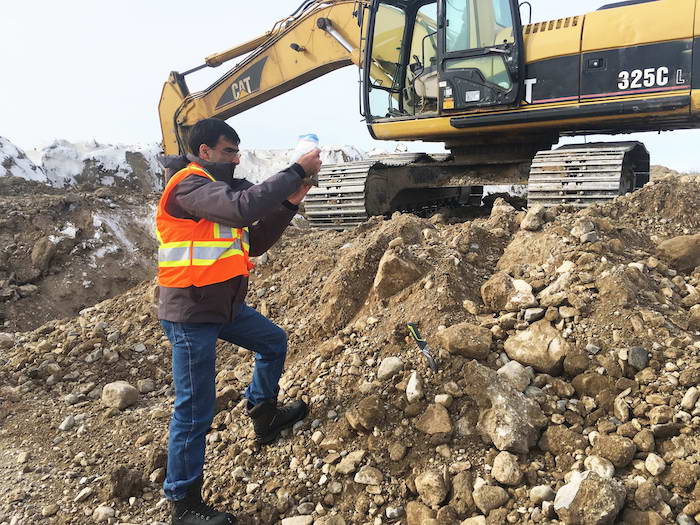 The Mushkegowuk Council retained Morrison Hershfield to assess the feasibility of a new all-season road (ASR) connecting four communities in Ontario’s James Bay Region to each other and the provincial highway network to the south.

The James Bay ASR Feasibility Study was a collaborative partnership between Morrison Hershfield, the Mushkegowuk Council and the coastal James Bay communities of Attawapiskat, Kashechewan, Fort Albany and Moose Factory, which currently rely on winter roads, rail and air to transport people and goods into, out of and within the region. Care was taken to build trust and community consensus at each key stage in the study.

The primary objectives were to investigate, refine and assess the potential for an ASR to connect the coastal communities. The project involved a dynamic, interactive engagement program, technical studies, socio-economic and environmental studies to assess potential impacts of new transportation infrastructure, a functional design and a cost estimate for the recommended route.

The selection of recommended route relied on a multi-factor approach to assess the relative merits of each corridor alternative. The evaluation used 44 criteria with associated indicators and metrics. The affected communities provided input on the methodology.

The recommended ASR is 525 km of gravel-surface public highway, with a design width of 9.5 m, a design speed of 100 km/h and a posted speed of 80 km/h. The design includes 70 bridges and 100 additional medium- and large-diameter culverts to span watercourses and muskeg conditions. 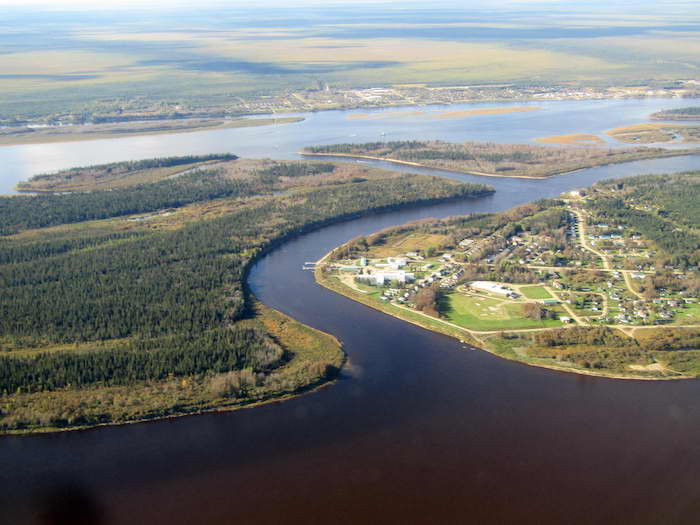 The ASR would transform lives in communities like Moose Factory and Moosonee.

Difficult geotechnical conditions typically represent a considerable obstacle for construction of transportation infrastructure in Ontario’s Far North, where underlying soil conditions are typically muskeg and unable to support heavy loads. Non-conventional methodologies are required to provide a stable foundation and prevent deformation of the embankment and pavement structure.

Morrison Hershfield developed conceptual designs for structures to mitigate the varying and poor subsoil conditions and proposed methodologies to allow construction of roadways capable of supporting up to 36,000 kg (maximum truck weight) of dynamic loads at speeds up to 100 km/h.

These designs included the proposed use of composite layers of geosynthetic pavement structure to mitigate concerns of differential settlement, thus enabling uniform distribution of loads over a wider footprint. The concept allows for a floating pavement design over the organic mat (muskeg) where peat depth is greater than 2 m. The proposed solution for these conditions includes a granular surface layer over geocells filled with earth borrow between geogrid and geotextile layers.

The Mushkegowuk Traditional Territory is distinguished by wilderness areas, clean water and air and abundant populations of wildlife, plants and fish. The process of selecting the recommended ASR route included due regard for traditional land use, wildlife habitats, wetlands, protected areas, water crossings, aquatic thermal regimes and sensitive aquatic areas. The Envision sustainable infrastructure rating system was used to assess the benefits of the project. 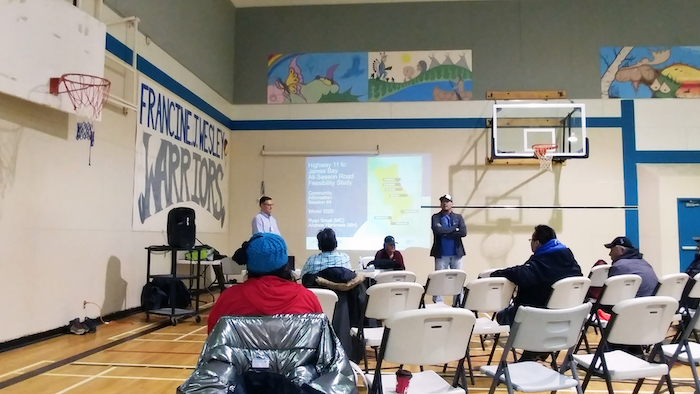 If constructed, the James Bay ASR will allow year-round ground travel between the western coastal James Bay First Nations communities and the provincial highway network. It has the potential to provide significant benefits and opportunities for the affected communities and their members, if implemented in a manner that protects the environment, traditional land use and the long-term socio-economic interests of the affected Mushkegowuk peoples.

The project’s objectives, as defined at the outset by the Mushkegowuk Council, were met and documented in the feasibility study’s report, including the assessment of corridor and alignment alternatives for the coastal and inland sections of the ASR, the selection and functional design of a recommended route, a preliminary cost estimate and recommended next steps. The final report was delivered within the originally contracted budget.

The study concluded, despite challenging conditions, the design, construction and operation of the ASR are feasible—and if built, it has the potential to transform the lives of those living in the remote Mushkegowuk James Bay communities.