“An example of smart design and engineering, with the right technology to meet the community’s needs.” - Jury 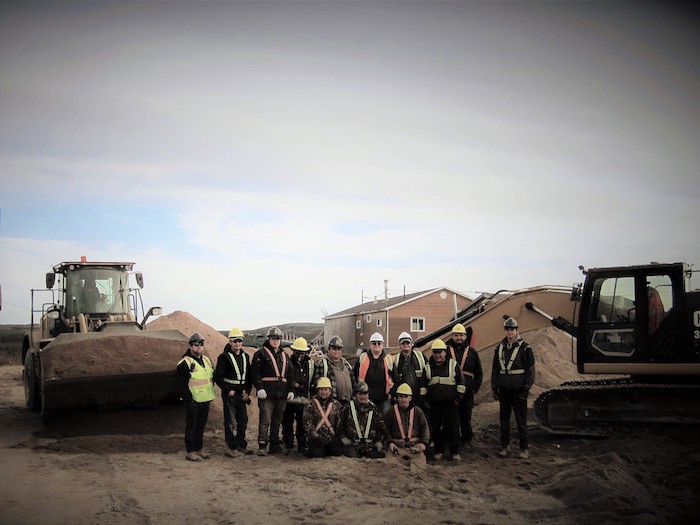 The need for a plan

The Whapmagoostui Cree First Nation is exposed to extreme meteorological and climatic events. In this isolated community of approximately 980 inhabitants, the increasing frequency of heavy rains in the fall and spring, combined with snow melt, causes a substantial accumulation of runoff water in certain areas, which impedes pedestrian and vehicle traffic, in addition to accelerating the deterioration of gravel roads and causing damage to foundations and infrastructure already subject to freeze-thaw conditions.

The Cree Nation Government (CNG) commissioned CIMA+ to create a drainage master plan for this community, with the work to be carried out by the members of the Cree Nation. This project is the first of its kind in Nunavik, north of the 55th parallel, accessible only by plane or boat.

Infrastructure was designed according to the versatility of locally available materials, their weight, their durability and the capacity of local equipment to manipulate the drainage system’s components.

By way of example, rain outlets with dissipation manholes were specified along the Great Whale River’s shore. These needed sufficient capacity to carry water away and withstand tides and ice movements, but since there was no adequate equipment to lift the manholes, CIMA+’s simulations led to reducing their diameter before installing them using local equipment.

Design and engineering work had to consider the budgetary constraints associated with short seasons, construction methods, materials and transportation costs by boat billed according to weight and volume.

The local geology, characterized by an appreciable thickness of loose, sandy soil, allowed for a design that would replenish the groundwater table. To limit the transport of sediments toward the rain outfalls, retention chambers were added to the design to collect sediments accordingly.

The use of these chambers allowed certain sections of the sewer system to be shortened, which reduced the weight of materials. This design reduced construction costs, as well as carbon emissions associated with the transportation of materials.

The chosen design combines traditional drainage with polyethylene high-density (PEHD) pipes to minimize weight and facilitate handling by locally available workers and equipment. This had a direct positive effect on transportation fuel costs. Components, such as manhole covers, were selected based on their toughness and durability in a severe northern environment. All material quantities were calculated to avoid accumulating surplus materials. 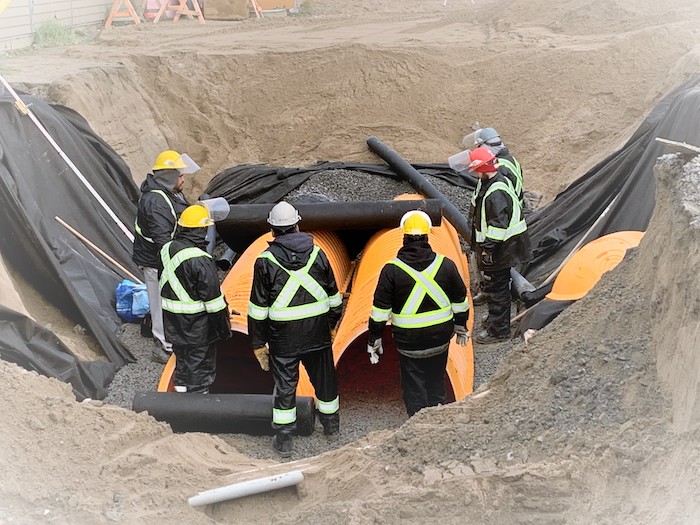 Retention chambers were installed to collect sediments and replenish the groundwater table.

Construction was carried out by a team of Cree workers using available on-site equipment, to avoid the cost of mobilizing heavy equipment from southern regions, installing work camps and hiring specialized workers from away. This was a major challenge in terms of logistics and co-ordination.

The Cree workers’ production capacity was optimized through constant support from and supervision by CIMA+’s technicians and engineers. Each phase was carefully planned before implementation and the construction supervision team transferred knowledge to the workers.

A project of such complexity is usually managed by a contractor, but in this case, CIMA+ implemented the conditions required to perform the work through internal management, inclusive and respectful of the Cree team’s culture.

CIMA+ was also responsible for managing time for workers and equipment use. The 2018-2020 phases, during which more than 20 members of the community were involved, represented approximately 72 weeks at a rate of an average of 65 hours/week, for an investment of more than $8 million in the community. The local economic benefits were in the order of $2 million in salaries and $2 million in equipment costs.

Given the community’s remote location and the absence of large job providers, hiring local labour and using local equipment maximized these benefits and generated wealth in the community, since workers could inject part of their income in services to the population. In addition to hiring, CIMA+ used such local services as transportation and food supplies.

The benefits arising from the use of local equipment were reinvested to purchase new and better-performing equipment. The trained local workers also contributed to other projects carried out in parallel by other contractors seeking local manpower. This all fit in with the project’s objective to promote a local and independent economy to benefit the quality of life for this First Nation’s population. 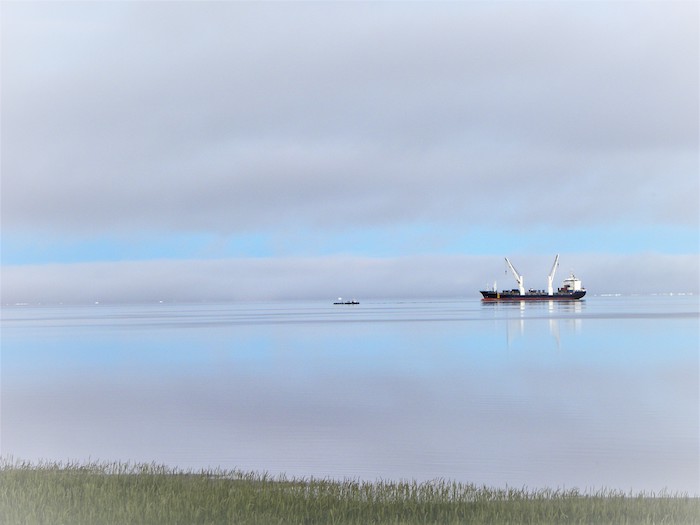 Some materials had to be transported by boat.