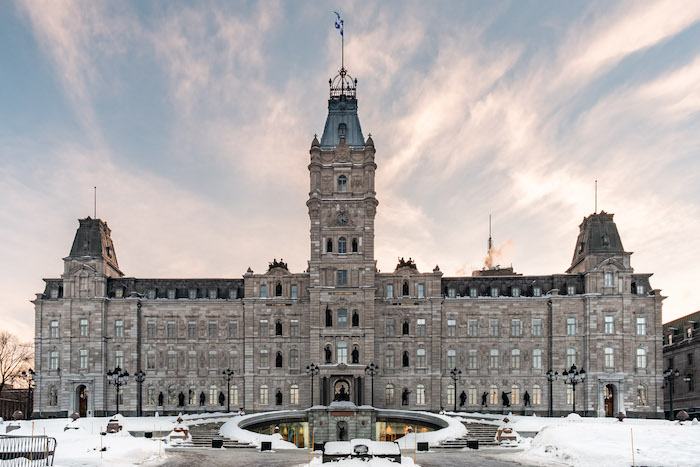 A need for innovation

Constructed in the 1880s, the parliament building was becoming obsolete and needed to be upgraded and renovated to meet the assembly’s present and future needs, given increasing numbers of parliamentary sessions and visitors.

New areas were added without altering the heritage and symbolic character of the parliament building. WSP developed the underground reception pavilion under the site’s landscaped area.

An elevator in the courtyard provides access to the building’s upper floors without altering its heritage façade. A 21-m long tunnel to the reception pavilion was excavated in bedrock directly under the building’s main wing, while a 27-m long tunnel was also added to connect the pavilion to the Pamphile-Le May building. In total, 5,300 m2 of space was added.

The design required innovation. Instead of using conventional membranes to weatherproof the walls adjacent to the rock surface, for example, bituminous foil membranes were installed directly in the formwork before concrete was poured. This technique prevented over-excavating of the rock behind the walls and allowed new foundation walls to be positioned less than 1 m from the building’s existing walls.

Advanced surveying techniques using point clouds were used to plot the positions and features of the stonework before dismantling and restoring the site’s monumental exterior granite stairways.

Excavation in bedrock enabled the addition of tunnels leading to a new reception pavilion.

The engineering work behind the underground installations near and under the heritage buildings represented a significant technical challenge.

The excavation work required blasting the bedrock at a depth of approximately 10 m and, since the excavation area was located near a historic masonry building, WSP monitored vibrations to prevent deformations to the structure.

The construction of the tunnel running under the building required the installation of major temporary and permanent supports during the excavation work to addition bear the loads of interior and exterior walls. Another criterion was ensuring the building’s blast resistance, which was accounted for in the design of concrete walls, slabs and columns and a glazed wall.

Since the construction of the new reception pavilion, key parts of the building—including the ‘blue room’ (national assembly hall), restaurant and library—are now more accessible to visitors with mobility impairments.

To meet the client’s schedule and construction budget, the project was carried out through an integrated design process, including construction management, to ensure a high level of control. All designs were developed through a group effort to meet the project’s functional and technical requirements.

Also, by closely monitoring and managing the project’s many construction packages, it was possible to reassign parts of the overall budget as needed to complete certain phases. This was the case, for instance, when designing the tunnel to link the parliament building and the library.

The project added not just the tunnels and reception pavilion, but also interpretation areas and two new parliamentary commission meeting rooms, all while preserving the facility’s heritage and architectural integrity. 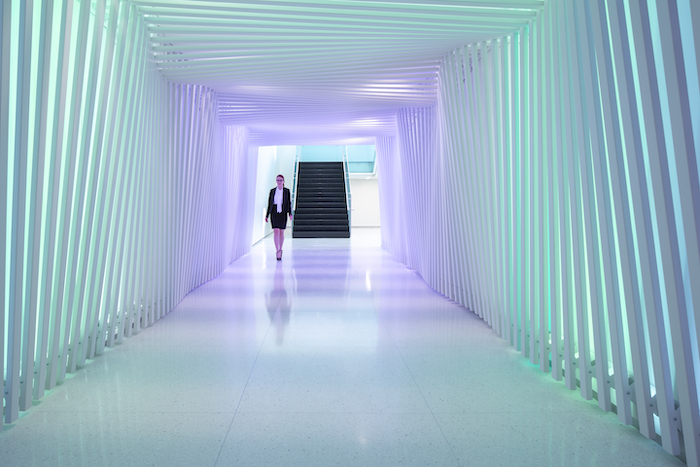 The project has improved accessibility for visitors.