“What earned the project high marks was the combination of rehabilitating a heritage structure in one of Ottawa’s busiest intersections with a significant seismic upgrade.” – Jury 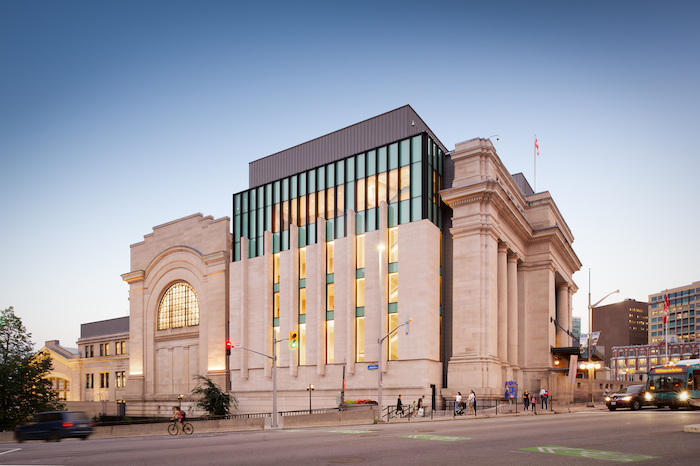 Public Services and Procurement Canada (PSPC) needed to repurpose an Ottawa heritage building as the temporary home of the Senate and for future multi-purpose use. Structurally, this involved masonry conservation, seismic upgrading, new floor plates and an addition. Creative solutions were demanded to balance heritage conservation with current building codes. After being closed to the public for more than 55 years, the building is a part of the community again, with regular guided tours.

The original building, finished in 1912, housed Ottawa’s central railway station until the 1970s, when it was repurposed as a government conference centre. This is how it functioned until the current project began in 2014. John G. Cooke & Associates, based in Ottawa, served as structural and masonry conservation engineering consultants.

Along with the design of an east addition, structural upgrades were made within the existing building. These included a seismic upgrade that integrated the existing stone and brick masonry walls as lateral resisting elements, instead of simply as gravity walls, allowing for cost-effective space savings by significantly reducing the number of new concrete shear walls needed.

The team also upgraded high heritage main floor plates from the underside of the slab, allowing the floor finishes to remain untouched. Additional usable floor space was accomplished by designing new first-floor structures within both ends of the general waiting room (GWR) block. These had to be completely independent of the heritage building, so steel moment frames were used to laterally support the floor plates.

A new multi-level floor structure was constructed within the concourse block.  Within the ticketing block, the existing structure was demolished, enabling full basement excavation, during which the shoring for the existing perimeter walls could not bear on grade. So, permanent beams from the new first and second levels were designed to also perform as shoring beams for the masonry during demolition, significantly saving shoring costs.

Existing beams and columns were reinforced to the fullest extent possible where increased capacity was required. 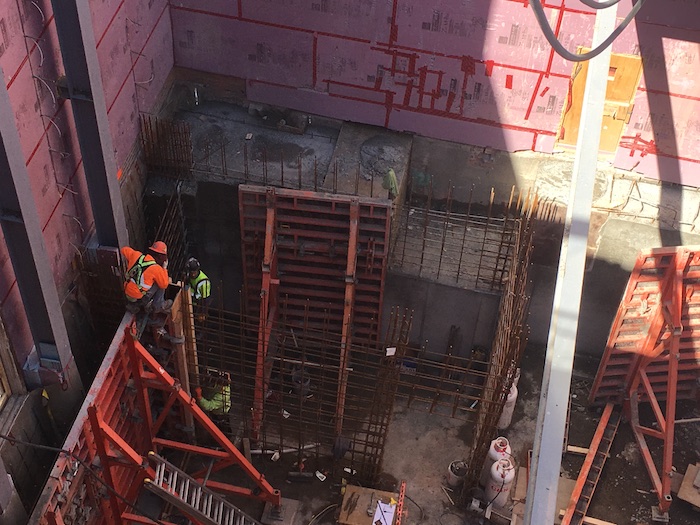 Masonry conservation was required for both the seismic upgrade and for long-term building maintenance. A hybrid was constructed of the existing masonry shear walls and new concrete shear walls.

When integrating the existing masonry shear walls into the floor plates, to tie the diaphragms together, grouted anchors were used, as they were the most appropriate and technically advanced option when considering load capacity versus compatibility with weaker masonry materials.

The hybrid seismic design minimized the amount of new structure that was required.

The Senate occupied the new space in early 2019. Within Ottawa, this building reportedly ranks second for the most original heritage finishes, behind only East Block on Parliament Hill. 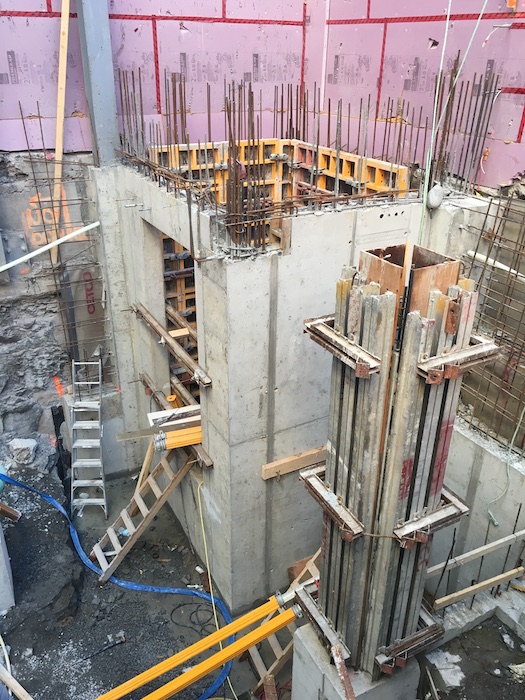