The next chapter in CEO succession planning

Get started by answering the question, "What's next for me?" 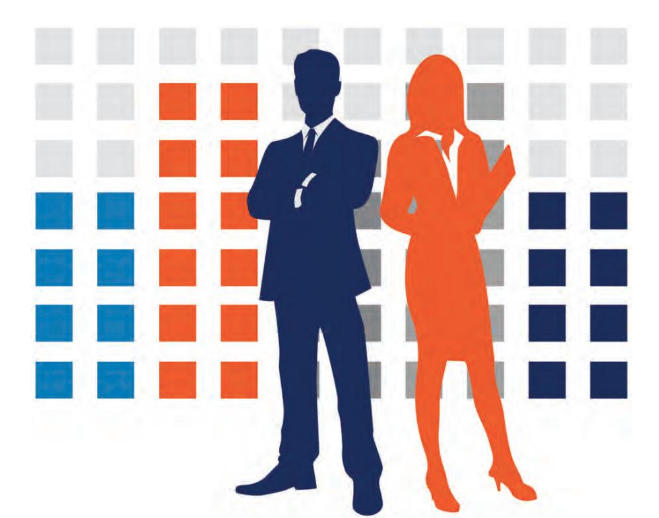 Two years ago, in the January/February 2018 edition of this publication, I shared a process and structure to support CEO succession planning and execution. The article was based on a book I wrote with Natalie Michael, Your CEO Succession Playbook: How to Pass the Torch So Everyone Wins. Since that book’s publication, we have helped dozens of CEOs and their boards with succession planning.

We have found most businesses do not have proper CEO succession plans. Their leaders often wait until it is too late.

Our findings align with a recent study of S&P 500 companies by Russell Reynolds, which found the average tenure of CEOs between 2003 and 2015 was about six years, while approximately 13% of CEOs departed even more quickly, usually by being forced out.

Proactive succession planning early in a CEO’s tenure can help mitigate disruptive changes at the top. So, why do so many business leaders put it off?

A trend in consulting engineering

Readers of this magazine are likely aware of at least several small to mid-sized Canadian consulting engineering firms that have been acquired by larger public companies or private equity investors in recent years. In fact, research shows more than 300 acquisitions of engineering firms were recorded last year.

For the sellers, the main motivation is usually to facilitate the buyout of a firm’s majority owner(s). And these same owners often explain they did not have proper succession plans (and/or the associated share transfer mechanisms) in place.

Having worked in the consulting engineering field and, later, advised and coached CEOs in transition, I find one common issue is the human desire to procrastinate on important decisions that seem to be years away—and one of the key reasons for putting off succession discussions is the fear of what comes next.

By way of example, last year I helped the CEO of a Canadian consulting engineering firm address succession planning. At the beginning, he was confident he had all the pieces needed to facilitate his succession, but he had no timeline in place for this transition; he was avoiding that discussion. He and his board had only compiled a confidential list of names of future leaders and estimated time frames for their readiness.

We worked together to implement a full succession process. First, we identified the firm’s future leadership needs, linking to its long-term business strategy. In doing so, the current CEO realized the future CEO would need very different attributes and skills, including data-enabled learning, social media savvy and the ability to empower people in support of the firm’s purpose, which was not yet well-defined.

Then, comparing these skills with the people on the confidential current list, he realized the board had to broaden its views, develop existing talent and listen more closely to what motivates the next generation of business leaders. We also created a process for decision making that removed many of the political issues the firm had faced in previous successions.

Finally, I helped the current CEO discover what might be next for him. This phase of our work removed his reluctance to consider realistic time frames for his transition.

“I thought we were more advanced on succession planning,” he said. “After going through this systematic process, I discovered a new way of discussing challenging issues by removing political intrigue. When I spent time thinking about and building my personal road map, I realized I could leave a legacy of leadership in our firm and begin to position myself for an even more exciting future.”

In 2018, to help CEOs and other executives address their fear of what comes next, Natalie and I created the Next Chapter Program and Retreat.

Using a design thinking methodology, we developed a structured process to enable participants to create their own unique ‘road map’ of their future, moving from career success to personal significance. Working with a cohort of other, like-minded individuals at a weekend retreat tends to open new doors and possibilities, which can then be tested out well before making any public announcement about an actual transition.

We separated the program into three stages of transition: Discover, Explore and Your Next Chapter.

In the Discover stage, CEOs are coached to let go of what made them successful in the past and focus instead on what will be most meaningful and significant to them in the future, aligning with their own strengths and values.

In the Explore stage, they work with each other to generate creative ideas and develop their road map with ‘prototype’ actions they can try out until they feel right, before making any big decisions about their time of departure. Also during this phase, they try to answer the question, “What’s next for me?”

Finally, in the Next Chapter Stage, the participants select their road map and commence near-term trials.

We also hold them accountable by organizing a check-in coaching session a few months after the retreat.

In 2019, 14 executives participated in this program.

“I came with a few fuzzy ideas and lots of confusion and left with the solid start of a plan,” said a current CEO of an environmental engineering firm.

“Receiving and giving feedback from other senior executives who are themselves in transition helped bring clarity to what I would like to achieve, what some of the pitfalls might be and what a few easy first steps could look like,” said another CEO.

If more CEOs in the consulting engineering field can ‘crack the code’ and build a legacy of leadership in their firms, succession planning will be facilitated early on, reducing (a) uncertainties about the future and (b) any reluctance to let go.

Brian H. Conlin manages Waterfront Partners Executive Coaching, a boutique firm specializing on CEO transitions, with business partner Natalie Michael. Since his own succession as CEO from Golder Associates in 2015, he has been sharing his business experience with CEOs across North America, as well as helping their boards plan sustainable succession processes. This year’s Next Chapter Program will commence with a retreat from March 27 to 29 at the Brew Creek Centre in Whistler, B.C. For more information, contact him at brian@waterfront-partners.com or visit www.waterfront-partners.com.