Joint and several liability for engineers

The 1% rule is particularly problematic for consultants. 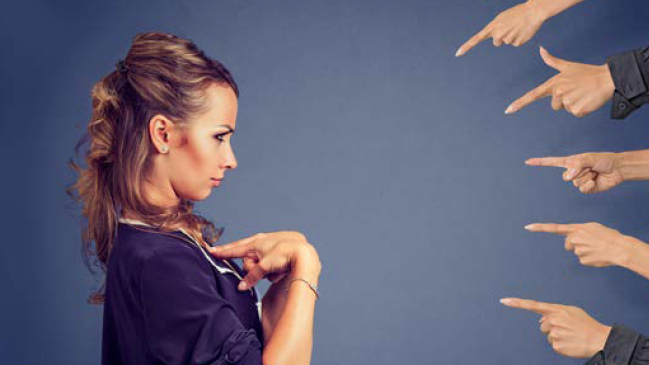 Construction litigation involving engineers has become more common, but also more complex. One example of this trend, which can be particularly problematic, is the rule of joint and several liability.

This rule can encourage a ‘shotgun’ approach to litigation, give rise to frivolous claims and result in disproportionate settlements. While the potential unfairness arising from the application of the rule has been recognized and debated, no legislative reform has yet been implemented in Canada.

What is the rule?

Also known by some as ‘the 1% rule,’ the rule of joint and several liability is a common-law principle, whereby each of those who have combined to cause a single, indivisible loss is liable to the injured person for the full amount of the damage suffered. Thus, a defendant who is found to be only 1% at fault can be obliged to pay the plaintiff’s entire judgment.

The underlying policy rationale is to ensure an injured plaintiff is made whole. The at-fault defendants, who may have paid the plaintiff’s damages disproportionately, can seek contribution and indemnity between themselves.

The rule has been codified into statute in every Canadian province and territory except for Quebec and Prince Edward Island. (In British Columbia, the rule does not apply where a plaintiff is held to be contributorily negligent, as this severs the liability.)

Construction projects commonly give rise to joint and several liability. Due to the nature of construction, the parties involved are generally considered several, concurrent tortfeasors, i.e. their separate acts combine to cause the same damage to the plaintiff. As a result, the named defendants in a claim often include every party involved in the construction project, including the developer, general contractor, project manager, consultants, contractors and sub-contractors.

The problem for consulting engineers

Consultants generally hold professional liability insurance, as a result of the terms of their retainer, the requirements of the authority having jurisdiction (AHJ) or the conditions of their membership with a professional regulatory association. Conversely, developers, general contractors, contractors and sub-contractors are often uninsured, underinsured or lacking in assets.

Joint and several liability can create unfairness for consultants when a claim relates to faulty workmanship, the liability for which should be apportioned primarily to the construction group. This often becomes evident at mediations.

In this situation, the engineer might have limited liability exposure for negligence in field review of the faulty workmanship; however, if the construction group lacks sufficient insurance or assets to pay the plaintiff’s claim, the rule of joint and several liability is often raised against the ‘deep-pocketed’ (i.e. insured) engineer to encourage a settlement contribution in an amount disproportionate to the engineer’s actual liability exposure. The engineer and/or its insurer may agree to the settlement to avoid incurring trial costs, a potentially unpredictable trial result and the potential for joint and several liability following trial.

The rule can also affect an engineer’s insurance premiums and claims history. It encourages plaintiffs to cast a wide net, such that engineers may be named in claims where they are not ‘target’ defendants, but rather peripheral defendants, included out of an abundance of caution or to provide an additional source of funds for settlement contribution at mediation. While the engineer may have a strong defence, the mere fact of being named as a defendant in an action can result in significantly increased insurance premiums and deductibles.

The fairness and application of the joint and several liability rule have both been subject to recent debate in Canada.

Last year, Ontario’s government began consultations with lawyers, insurers and other stakeholders to determine how to make the joint and several liability provisions of its Negligence Act more fair as they relate to insurance costs and public services. In its submissions, the Association of Municipalities of Ontario (AMO) recommended the adoption of a full proportionate liability model—i.e. limiting the liability of each defendant to the proportion of loss for which they are found responsible.

AMO’s submissions were based on the following considerations:

It is unfair for a defendant whose degree of fault is minor when compared to that of other defendants to have to fully compensate a plaintiff should those other defendants be insolvent or unavailable.

Joint and several liability encourages plaintiffs to unfairly target defendants who are known or perceived to be insured or solvent.

Opponents of joint and several liability are concerned about the rising costs of litigation, insurance and damage awards.

Application of the joint and several liability rule could cause municipalities to delay or otherwise cut back services to limit exposure to liability.

These factors have clear application to claims involving engineers. Worries about joint and several liability could lead to them either (a) turning down projects for fear of the rule’s application or (b) working without professional liability insurance.

For engineers, the difficulty with joint and several liability is its general application to most construction projects. Even with a strong defence, when there is a 1% liability risk, an engineer’s exposure to the plaintiff’s damages could be considerably greater if the co-defendants are uninsured or lack assets.

British Columbia’s exception often has limited application because the plaintiff may be a post-construction purchaser or strata corporation that had no role in the construction process and no real potential for contributory negligence.

Opting not to obtain professional liability insurance, so as to avoid becoming a ‘deep-pocketed’ target, is not a recommended option. Foregoing insurance may constitute a breach of the conditions of professional registration (i.e. in jurisdictions where insurance is mandatory) and exposes the engineer to personal liability.

There are limited strategies available to engineers to avoid the application of the rule. In British Columbia, the engineer’s defence should include the active pursuit of a contributory negligence argument, if available on the facts of the case. In other jurisdictions, at the start of projects, engineers could seek a contractual indemnity from their clients regarding potential future payments pursuant to the joint and several liability rule; however, this may be difficult to negotiate. Another step would be to ensure, if possible, all other parties involved in construction—particularly developers and contractors—hold sufficient insurance.

Ultimately, the best option for engineers who are concerned about unfairness resulting from the rule may be to contribute to the process of legislative reform.

Karen L. Weslowski is a partner in the Vancouver office of Miller Thomson LLP, with an insurance defence practice focusing on professional liability and construction claims.

Related Stories
Structural engineers carry big risk
Engineers in B.C. aiming for less liability
Legal claims against engineers force rise in insurance premiums
Who is most likely to sue you?