“This project is an excellent example of value engineering that goes beyond simply meeting the client’s immediate needs.” – Jury 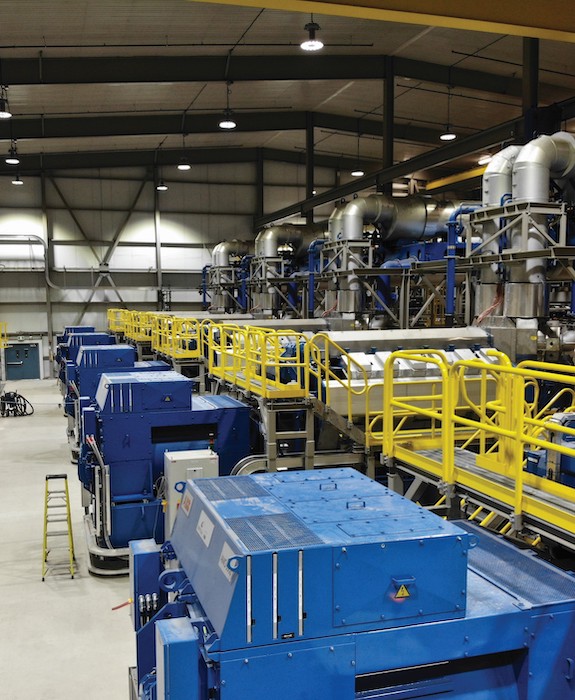 Agnico Eagle wanted an efficient, eco-friendly and cost-effective way to power its Meliadine gold mine in Nunavut. BBA designed a 28-MW cogeneration plant, along with thermal and electrical systems. The high-performance generators and heat recovery system led to a total estimated energy efficiency of more than 80% and reduced diesel consumption by 4.5 million L per year in comparison to conventional cogeneration plants.

The mine is about 25 km north of Rankin Inlet and can only be accessed by sea and air. Supplying power to such remote facilities can be challenging and Agnico Eagle was looking for an economically viable and socially acceptable solution. BBA proposed to optimize the heat recovery process, given the highly variable electrical and thermal loads. In the end, the project was completed on time and on budget.

In the past, mining companies tended to minimize their capital investment. In this case, BBA recommended a 720-rpm diesel generator, which entailed a higher initial cost than other options, but would offer better performance. Up to 24 MW of thermal energy could be recovered to heat all buildings on the main site and still meet much of the underground mine’s demand.

Mining operations in the north are typically powered by Arctic diesel. Natural gas, a lower-carbon alternative with 25% fewer greenhouse gas (GHG) emissions, is generally not feasible because (a) demand is insufficient in remote areas and (b) it would be enormously expensive to store. BBA made it possible to easily convert the plant to natural gas in the future, if feasible, and integrate wind power to help further reduce GHG emissions.

The generator BBA recommended and integrated into the design was 5% more efficient than those used in conventional power plants, reducing annual diesel costs by $2.5 million. And the ‘free’ and clean heat recovery in the winter achieved up to 80% efficiency, saving an additional $2 million on diesel costs against the industry standard.

Complex logistics for the Far North

In a region where temperatures can drop below -50 C, BBA had to design a highly reliable electrical and thermal system. Site access was also a challenge because boats could only be used after the ice melted, leaving a very short window to deliver materials, and there was no port, so equipment would have to be unloaded directly onto the shore.

In collaboration with the client, BBA used a modular approach to construction logistics, which involved prefabricating some of the power plant buildings. This reduced on-site labour and increased worker comfort.

The project team also optimized the sequencing of work activities to take advantage of the warm season. Given long delivery times, the generator was ordered first. Normally, given its significant size, the main facility would be built around it after its arrival. In this case, the building was built upstream first, so employees could start to work as soon as possible, protected from the weather. The large equipment would be installed through strategic openings.

The Meliadine mine has a major socioeconomic role in the region, employing nearly 500 workers. Agnico Eagle and the Kivalliq Inuit Association (KIA) signed an Inuit Impact and Benefit Agreement (IIBA), which then guided the process of purchasing equipment for the power plant.

By opting for cogeneration, Agnico Eagle showed a commitment to reducing the mine’s environmental impact. A series of efficiency measures at the site have reduced GHG emissions by 12,000 t per year. And by opting for a thermal system that uses water instead of glycol, not only did the team provide a more efficient means of delivering heat, but they also reduced the environmental risk in the event of a spill. 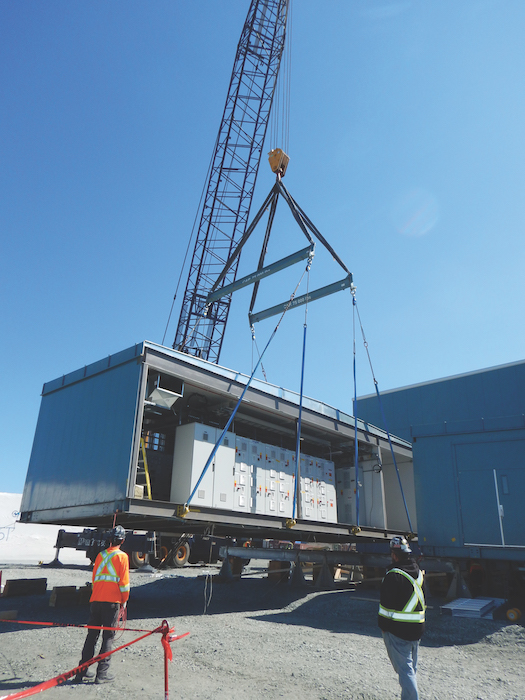