“The engineering around this concept was impressive. Transforming a waste treatment plant into a resource recovery facility spoke to the ingenuity of the project.” – Jury 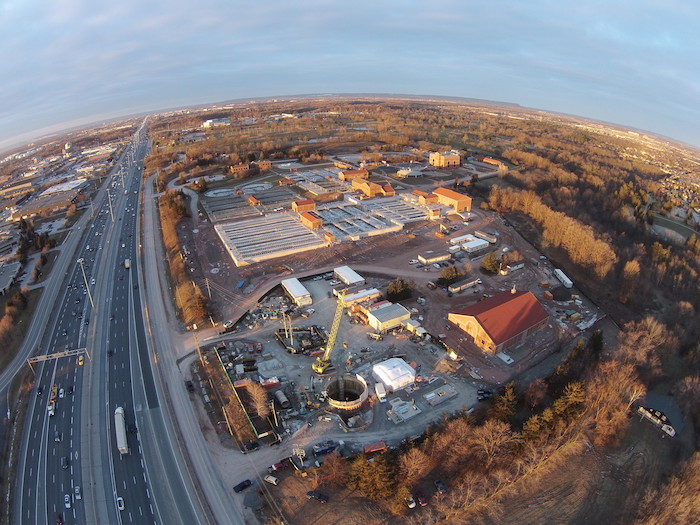 A dedicated effluent outfall tunnel was constructed at the Mid-Halton Wastewater Treatment Plant (WWTP) in Oakville, Ont., to accommodate increased capacity required by the area’s population growth. The plant is 4 km from the Lake Ontario shoreline and 40 m higher elevation than the lake level, which allowed a micro-hydro system to installed in the outfall for sustainable power generation, reducing the WWTP’s carbon footprint and energy costs. Such applications have been investigated for WWTPs around the world, but very few have been installed. 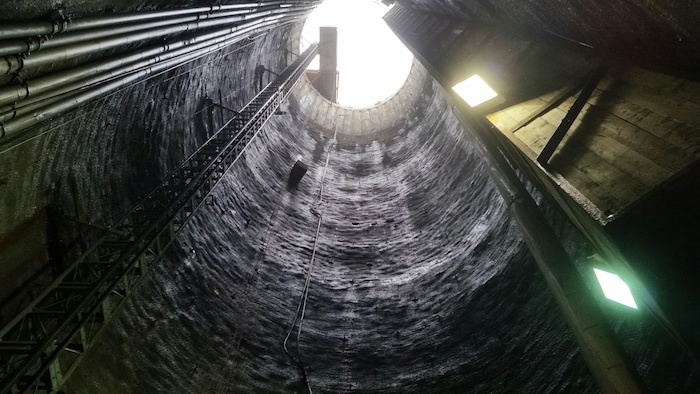 The micro-hydro facility was incorporated within the drop structure.

The Region of Halton engaged Hatch to provide engineering services for phases four and five of its WWTP expansion project, including the new outfall to convey treated effluent to an offshore diffuser field on the bed of Lake Ontario.

Given the elevation head available at the drop structure and expected flows at the facility, a 700-kW hydro turbine was selected to generate electricity ‘behind the meter,’ i.e. for use within the WWTP. By generating electricity in this manner, the facility reduces the amount of electricity the region needs to purchase and, thus, reduces the plant’s operating costs.

The amount of energy generated by the micro-hydro facility depends on the amount of flow directed to it. It was designed to accommodate a wide variety of conditions, from the lower effluent flows of the present WWTP up to the higher, maximum-capacity flows in its expected full buildout condition. When flows exceed the facility’s capacity, the excess is discharged via the baffle side of the drop structure.

Based on post-commissioning results, which represent the lower end of anticipated future energy production, the micro-hydro facility has been reliably producing more than 3,000 kWh of electricity each day, meeting a significant portion of the WWTP’s total energy needs. 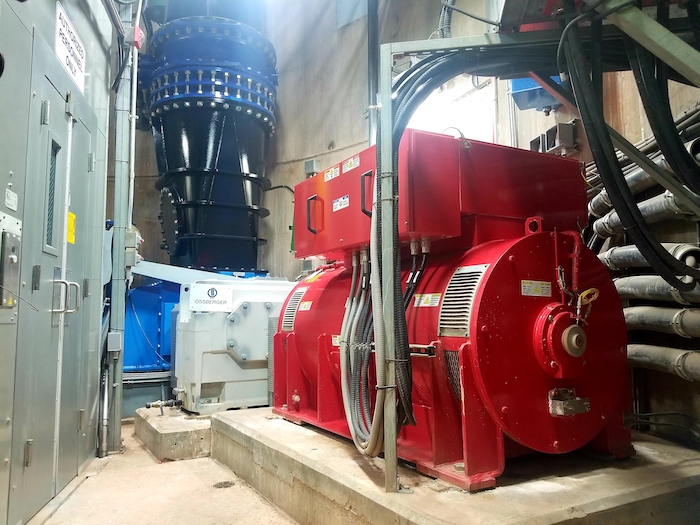 A 700-kWh hydroelectric turbine was selected that could handle the range of flows.

Phases four and five of the WWTP’s expansion increased its average daily flow from 75 million to 125 million L/day, while the future buildout capacity will reach 400 million L/day. This range of flows made sourcing a turbine unit very challenging.

A comprehensive review determined only Ossberger Hydro could provide a single turbine capable of handling the ranges anticipated for flow and operating head. A robust supervisory control and data acquisition (SCADA) system, with multiple failsafes, was required to ensure safe operation of the turbine and, if necessary, safe and quick shutdown in response to sudden flow reductions.

Inside the 10-m diameter shaft, half of the space was required for the effluent baffle drop system, leaving a restricted area, 30 m below ground, to accommodate the micro-hydro facility. Detailed three-dimensional (3-D) modelling was required to ensure all components could be installed and operated without clashes.

Necessary air circulation to and from the baffle side of the structure was achieved with piping under each baffle shelf, connected to a closed manifold system on the micro-hydro side of the shaft. This was the first-known use of piped venting for a baffle drop system in the world. Independent analysis by the Iowa Institute for Hydraulics Research (IIHR) validated the concept. 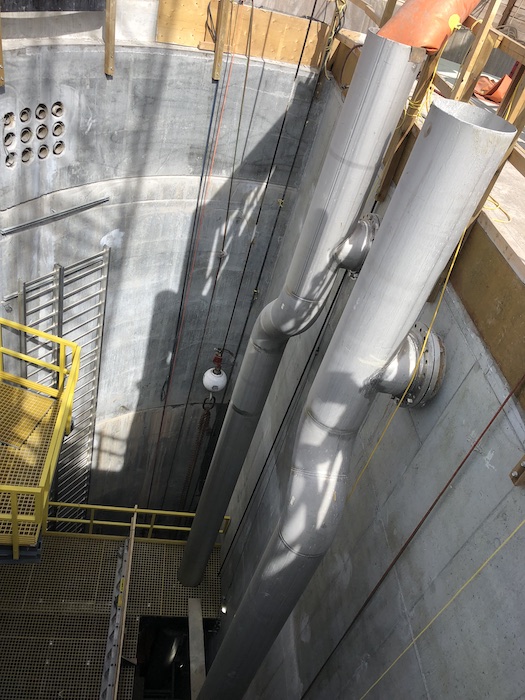 The baffle vent pipes at the top of the drop shaft were the first of their kind.