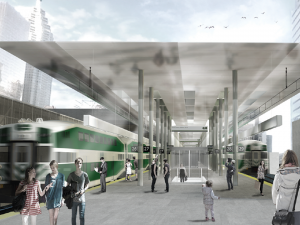 The project will involve designing and building transit infrastructure and implementing upgrades at the southernmost part of that station to accommodate the planned expansion of GO rail service. The scope of work includes:

The RFQ is the first step in the procurement process. Respondents will be evaluated against its criteria, including team composition, experience in collaborative project delivery, health and safety and past project examples.

Interested companies must register with www.merx.com to download the RFQ. The project is being delivered through alliance contracting, whereby the public-sector owner will work collaboratively with private-sector non-owner participants (NOPs) to share risks and responsibilities. As such, the contract value is to be announced following the execution of the project alliance agreement.