Both contracts are expected to be awarded later this year. 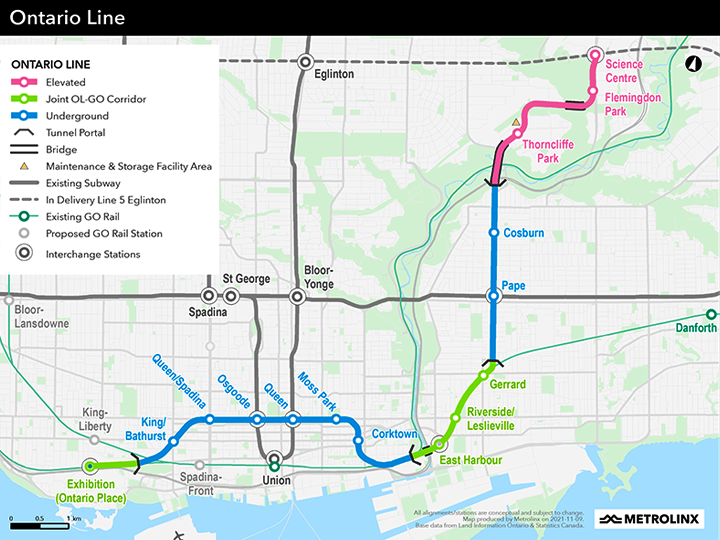 For the south contract, the preferred proponent team is Ontario Transit Group, comprising:

And for the RSSOM contract, the preferred proponent team is Connect 6ix, which includes:

Each of these teams ranked first in an evaluation of their submissions to the Ontario Line’s respective requests for proposals (RFPs) in June. IO and Metrolinx will continue negotiations to finalize contract details with these teams and expect to award both contracts later this year.

The Ontario Line is being delivered via various contracts and through both public-private partnership (P3) and traditional procurement models. Further procurements for north civil major works and enabling works for bridges, tracks and other preparatory activities will follow.