She was elected VP last year. 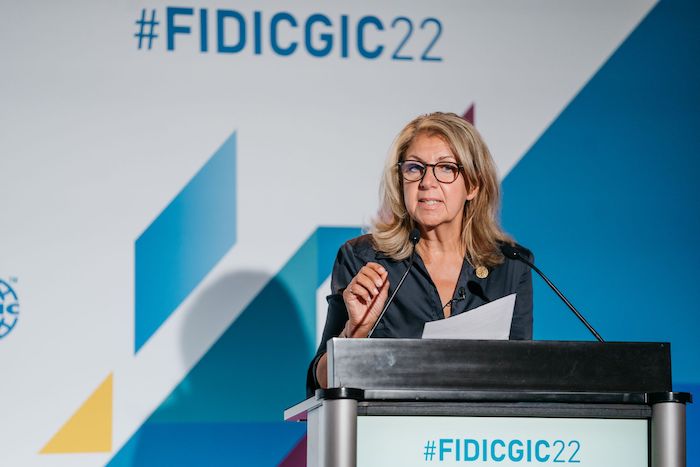 The announcement was made at FIDIC’s general assembly meeting on Sept. 13, in Geneva, Switzerland, following the conclusion of its annual Global Infrastructure Conference. Karakatsanis’ appointment reflects both a decision by FIDIC’s board (on which she has sat since 2020) and elections by its membership. She was previously elected one of its vice-presidents (VPs).

“I am absolutely delighted to welcome Catherine as FIDIC’s new president-elect,” says Nelson Ogunshakin, FIDIC’s chief executive. “Her ascension to the presidency will encourage diversity and inclusion within FIDIC and the wider industry. Since her election to the board two years ago, she has played a key role at the committee level and been instrumental in the development of FIDIC’s North American regional grouping.”

FIDIC also announced the arrival of two new board members: Manish Kothari, president and CEO of Sheladia Associates in the U.S.; and Alfredo Ingletti, co-founder, chair and technical director of 3TI Progetti in Italy. Their term of office will last four years.