Entuitive, structural engineers, has opened an office in Edmonton. The relatively young company launched in Toronto a few years ago and now has 130 professionals, with offices in Calgary and Lethbridge as well as Toronto and Edmonton.

Arrow Engineering of Edmonton was featured on Alberta Venture’s Fast Growth 50 list. The multi-disciplinary company was 21st on the list. Arrow was founded 10 years ago with a team of eight dedicated to mechanical engineering. It now has over 70 professionals in mechanical, electrical, structural and civil engineering. Greg Burghardt, the company’s president and chief executive officer, put their success “down to the contributions of our exceptional team members and loyal clients.”
CH2M was ranked first in a list of the Top 50 Trenchless Engineering Design Firms on January 21. The list is developed by Trenchless Technology magazine and is based on a firm’s trenchless billings in the North American market, as well as the numbers of professionals and projects done using trenchless components. It is the fifth time in the past six years that CH2M has achieved the top ranking. 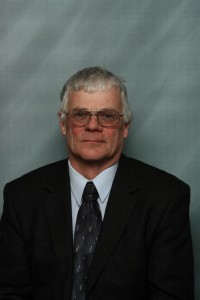 Hollis Cole, P.Eng., chairman of the board of the ADI Group, was given the ACEC-NB President’s Award on February 4. ADI is headquartered in Fredericton, New Brunswick, and specializes in wastewater and waste-to-energy projects. It has roots going back to 1945. Cole has been with thee company since 1974 and was president and chief executive officer between 1996 and 2011. Among his many previous contributions to the profession he is a past president of the Canadian Council of Professionals Engineers (CCPE) (now Engineers Canada), president of the Association of Professional Engineers and Geoscientists of New Brunswick (APEGNB).

WSP / Parsons Brinckerhoff was named one of the nine most sustainable Canadian companies on the Corporate Knights’ Global 100 list. WSP was the 6th company from Canada, and the 63rd overall.