A consortium known as TransEd that includes Arup, IBI Group and Transdev, has been chosen as the P3 consortium to complete the next leg of Edmonton’s LRT system.

TransEd will design, build, operate, maintain and finance the first stage of the Valley Line LRT, which runs 13 kilometres from downtown to Mill Woods in the southeast. The consortium is led by Fengate Capital Management, Bechtel, Ellis Don and Bombardier. The $1.8-billion contract will be the first P3 project done by Edmonton, and the largest infrastracture project in the city’s history. It will run above ground, with 11 stops and a transfer point at Churchill Square to the existing Metro and Capital LRT lines. Click here.

(The city’s Metro Line which began operating in September this year to the NAIT campus northwest of the city is still not operating at capacity due to signalling problems.)

Aercoustics has won a three-year contract with the Toronto Transit Commission to address noise and vibration challenges at 12 TTC maintenance facilities. The contract will support the TTC with complying with environmental approval conditions. The consulting engineers have already completed the noise and vibration analysis on the new streetcars that are being rolled out. Steve Titus, president and chief executive officer of the company, said: “We have a longstanding relationship with the TTC …. [It] has many moving pieces that bring a number of noise and vibration challenges so our expertise can help them address and mitigate [them]. 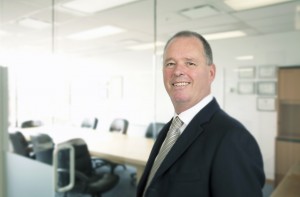 Gage-Babcock & Associates, headquartered in Vancouver, has merged with Jensen Hughes. The merged companies specialize in fire protection, life safety, security, codes, etc. Jensen Hughes has offices in North America, Asia and the Middle East, and now has a total of 875 employees. In April this year it acquired Sereca, another fire protection design, code and forensic consulting company, which is based in Toronto.

McElhanney of Vancouver unveiled the “McElhanney Lounge” at the British Columbia Institute of Technology (BCIT) in November. The lounge is located at the Burnaby Campus in Building SW3 in a common area for civil and geomatics engineering students. The company has been hiring BCIT graduates since the school opened 50 years ago and made a generous donation. McElhanney has also established a new strategic transportation planning division. 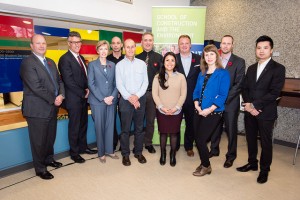 McElhanney staff at the opening of the student lounge at BCIT.