At the conclusion of a call for tenders by the Ministère des Transports du Québec (MTQ) (the Québec Transport Department) for the extension of Autoroute 5 in Gatineau, Inter-Cité Construction Ltée (Inter-Cité) was the lowest conforming bidder. Unable to obtain all the environmental authorizations required to carry out the work, the MTQ, four  months after the opening of the bids, decided to invoke the reservation clause and cancelled the call for tenders.

In a very well-written judgment, the Honourable Justice Christian J. Brossard reviewed the legal principles governing tendering, particularly the principles set forth in The Queen ( Ontario ) v. Ron Engineering1, the case where Estey J. introduced the “Contract A” and “Contract B” nomenclature, and in M.J.B. Enterprises Ltd. v. Defence Construction (1951) Ltd.2 Then, basing himself on the landmark decisions rendered by the Supreme Court in Bank of Montreal v. Bail Ltée.3 and by the Court of Appeal of Québec in Hydro-Québec c. Construction Kiewit Cie 4, the learned justice elaborated on the obligation of good faith and the different obligations to which it gives rise, namely, those of information and cooperation, as well as the duty of coherence. In the end, the Court concluded that Inter-Cité’s action could not be based on the existence of any Contract B. Moreover, the Court held that the MTQ had breached its obligation to act in good faith and had committed several faults triggering its responsibility with respect to Inter-Cité, and condemned the MTQ to indemnify the company for the damages thus sustained.

The two key elements in the fact pattern were the following: 1) the tendering documents specifically indicated that the MTQ had already received the environmental authorizations needed for the activities contemplated by the contract, which was not in fact the case; and 2) when the MTQ finally admitted that it did not have those authorizations, several days after the opening of the tenders, it led Inter-Cité to believe that the authorizations “were on their way”, thus greatly minimizing the steps that the MTQ still had to take to obtain those authorizations.

The Court held that a reservation clause does not confer an absolute discretion and hence does not release the construction client from its obligation to act fairly and in good faith. That mandatory principle of good faith gives rise to various applications, including the obligation of cooperation between the parties to a contract, the obligation to inform and the duty of coherence.

Basing itself particularly on the principles laid down by the Court of Appeal in Hydro-Québec c. Construction Kiewit 5, the Court found that the MTQ, in several respects, had breached its obligation of good faith, by departing from the standard of reasonable behaviour, and had betrayed Inter-Cité’s legitimate trust.

In the first place, in the tendering process, not only had the MTQ failed to comply with its duty or obligation to inform the bidders that the federal approvals were still pending, but it had clearly misled them in that regard and, in so doing, had created false expectations in their minds. The work schedule, imposed by the MTQ, called for a “canon-shot” start-up of the work. As soon as the tenders were opened on January 27, 2010, the contractor would have to begin the work, in order to be able to complete the deforestation operation by March 31, two months later, along with some 2 to 5.8 million dollars’ worth of excavation work. That quick start was intended to enable Inter-Cité to free up the deforestation and debris-clearing machinery for use on other projects. It followed that knowing whether the client already had the required approvals in its possession or, on the contrary, was still awaiting them, was relevant to assessing the risk of delay in commencing and performing the work, and the subsequent availability of the machinery, and thereby in evaluating the project’s resulting monetary aspects.

In the second place, the MTQ had breached its obligations and duties of information, cooperation and coherence vis-à-vis Inter-Cité, from the opening of the bids on January 27, 2010 until the call for tenders was cancelled on June 9, 2010. From the outset, the MTQ was obliged to inform Inter-Cité without delay that it did not have the required federal approvals on hand, which it failed to do. The MTQ was bound by an obligation to cooperate and a duty of transparency, all the more so since its representatives were well aware that Inter-Cité had to be able to begin the work quickly if it was to respect the March 31 deadline and avoid penalties. So Inter-Cité necessarily expected that it would be awarded the contract within a timeframe that would enable it to achieve those objectives.

The MTQ was aware that Inter-Cité had to be ready to begin work at any moment, all the more so since, before March 31 (45 days after the opening of the tenders), it could not back out of the contract without exposing itself to the risk that the MTQ would execute on the bid bond that Inter-Cité had put up, in an amount slightly exceeding two million dollars.

While the MTQ perhaps had no malicious intent, it had acted towards Inter-Cité in a manner contrary to the demands of good faith, by continuing to the bitter end to betray its legitimate expectations, rather than behaving transparently and cooperating with the company, so that it could manage its resources in complete awareness of all relevant facts down to March 13 2010, and then make an informed choice at that point, once released from its tender, as to the possibility of either continuing to hold its resources in reserve or else setting its sights on other projects.

In conclusion, the tender documents did not authorize the MTQ, either expressly or implicitly, to make the awarding of the contract conditional upon obtaining the federal approvals. On the contrary, the MTQ had informed its bidders, in the call for tender documents, that it “had the [required] environmental authorizations”. The awarding of the contract therefore could not be made to depend on any such condition. By hiding behind the reservation clause under such circumstances, the MTQ had failed to act in accordance with the requirements of good faith, even though it intended no malice.

The Court held that there was a causal connection between the faults committed by the MTQ and the fact that Inter-Cité had kept a part of its management personnel and machinery on standby. The fact that only certain types of large projects could make use of Inter-Cité’s specialized machinery, also entered into the equation. Inter-Cité therefore had to assess judiciously both the advisability of tendering on one or several large-scale projects in any given year and the distribution of its resources. The damages sustained were foreseeable, considering both the scheduling and the scope of the work. The judgment condemned the MTQ to pay Inter-Cité $1.35 million in damages, plus interest. 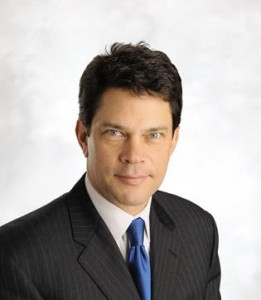 About the author: Simon Grégoire is a partner in the Construction Law Group at Borden Ladner Gervais. He is also Regional Leader of the firm’s International Litigation and Arbitration Group.