The road was damaged by flooding last November. 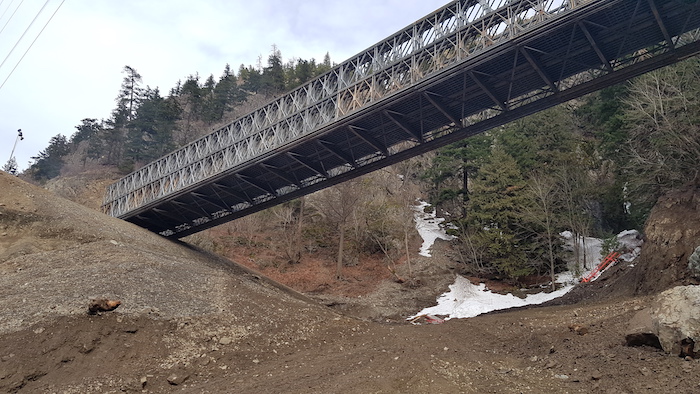 Flooding caused by extreme weather events resulted in significant damage to Highway 1. At Jackass Mountain, a large three-lane section of the road was destroyed by a landslide, disrupting the main route of the Trans-Canada Highway through the province.

While the province’s ministry of transportation and infrastructure (BC MoTI) was able to quickly open many of the damaged sections of the highway or reroute traffic with detours, this was not possible at the Jackass Mountain location, given its extremely steep terrain and risk of further geotechnical hazards.

Site preparation included stabilization work and road and bank reconstruction before the bridge was launched on Jan. 5 with crane assistance. Delayed by record snowfalls and avalanches, the bridge opened to traffic on Jan. 24.