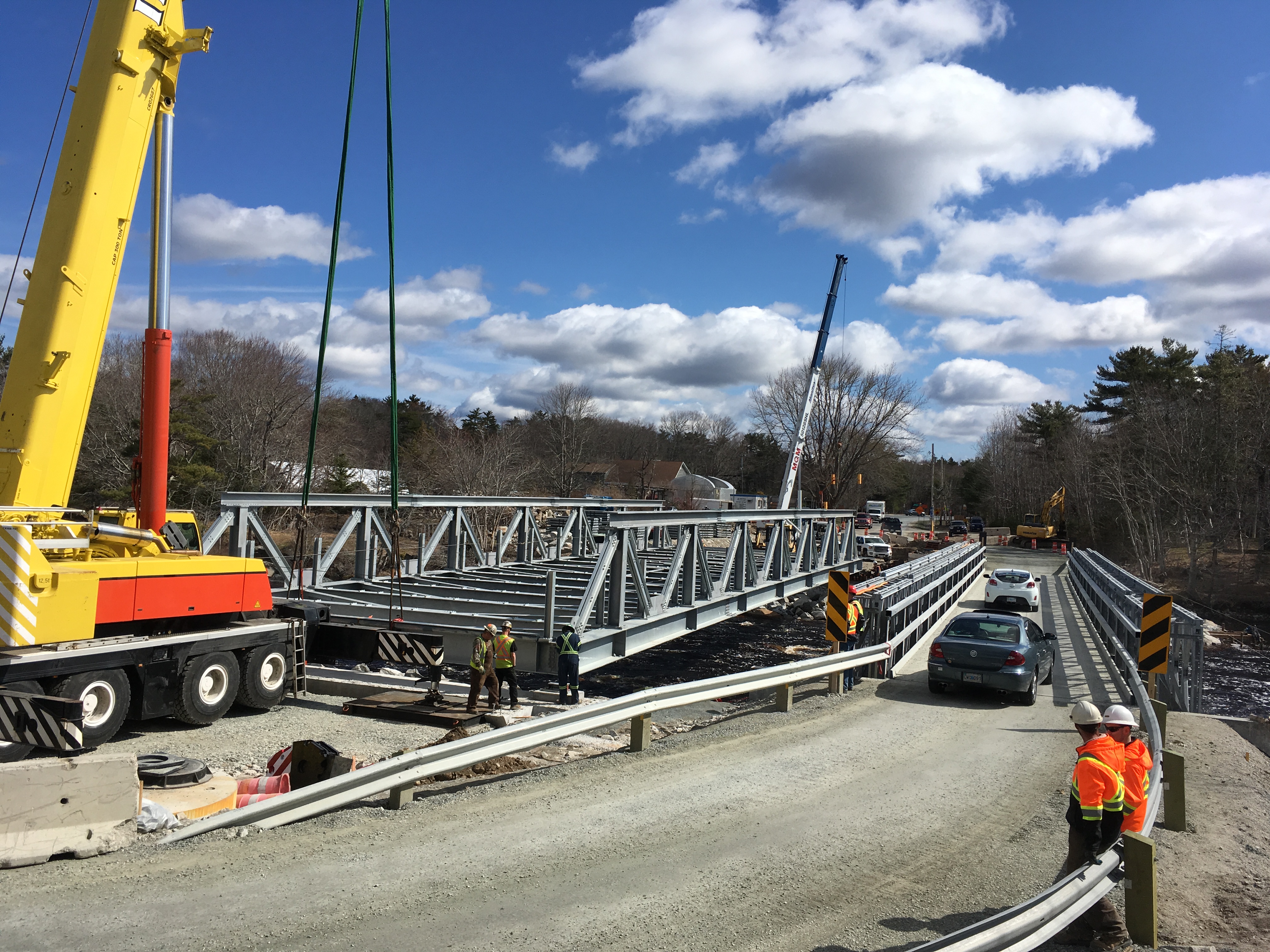 Acrow Bridge, New Jersey-based bridge engineering and supply company, has supplied a single lane bridge to Nova Scotia Transportation and Infrastructure Renewal (NSTIR). The bridge is being used as a detour during construction of a galvanized truss bridge in a neighboring location. The truss bridge is a joint project with Acrow and Canam-Bridges, a division of Canam Group Inc.

The two existing bridges spanning the Roseway River near Shelburne both needed permanent replacement. It was decided to build the single lane “trail” bridge first so it could lessen a detour inconvenience to residents and tourists alike.

The structure is 42.7 meters (140 feet) long by 4.2 meters (13.5 feet) wide. After use as a detour for vehicles and pedestrians, it will remain in place permanently to carry pedestrians, equestrians, mountain bikers, cross-country skiers and snowmobiles as part of the Shelburne County Rail Trail.

The bridge is 42.7 meters (140 feet) long by 9 meters (30 feet) wide. Construction began approximately three months after the start of the trail bridge project in October 2016. It is anticipated it may be open to traffic by early June 2017. The design engineer is Greg Connors of NSTIR and the contractor is Dexter Construction of Bedford, Nova Scotia.

“We are pleased to have been involved in these important jobs in Shelburne,” said Ken Scott, president of Acrow Limited in a company release. “We’ve particularly enjoyed working with our partners at Canam to supply the deck units.”

The Shelburne installation by Canam is the third permanent steel truss bridge to be installed in Nova Scotia in the past two years. The other two are located in Milton, NS, and over Nine Mile River in Hants County, NS. 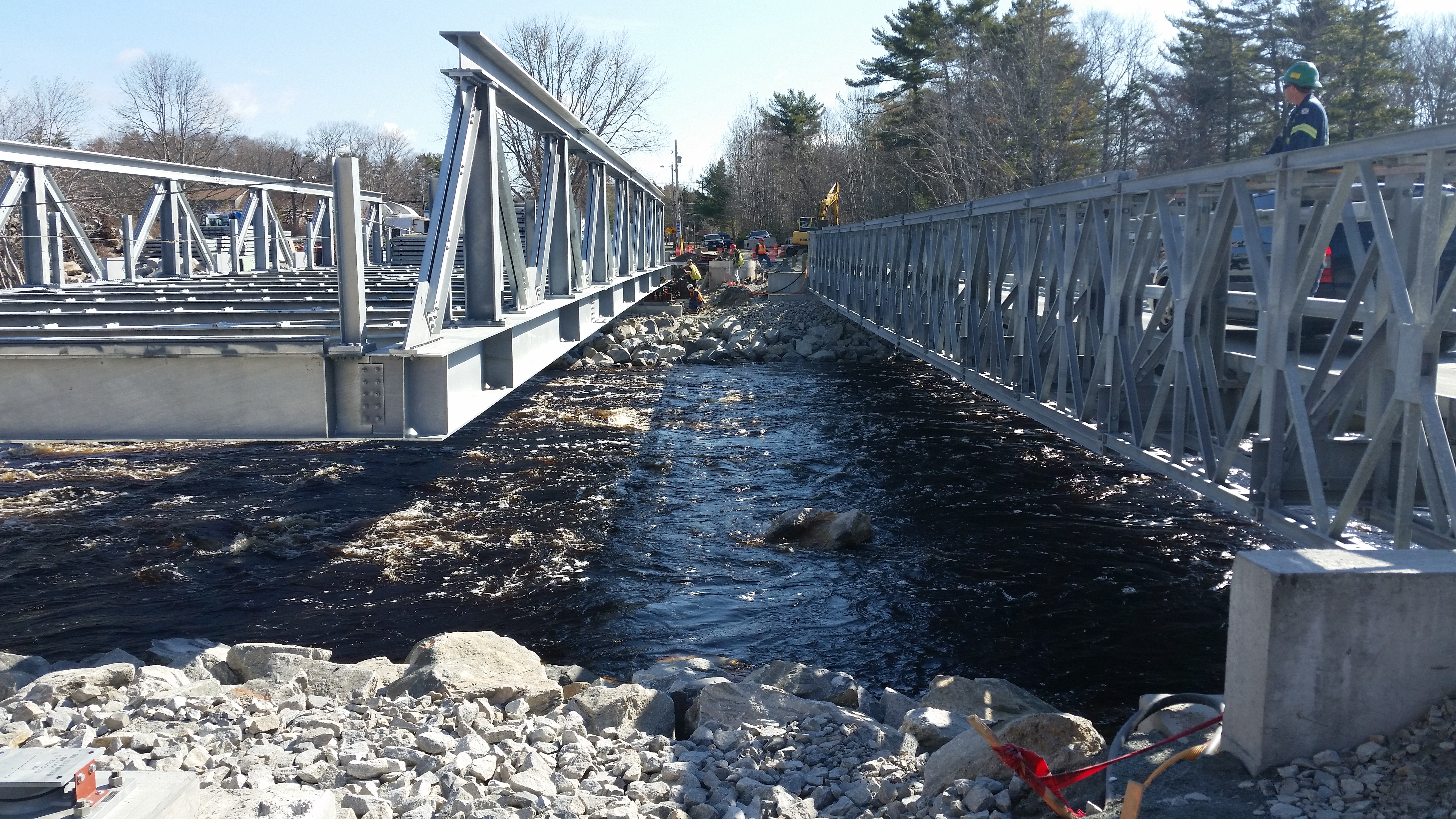