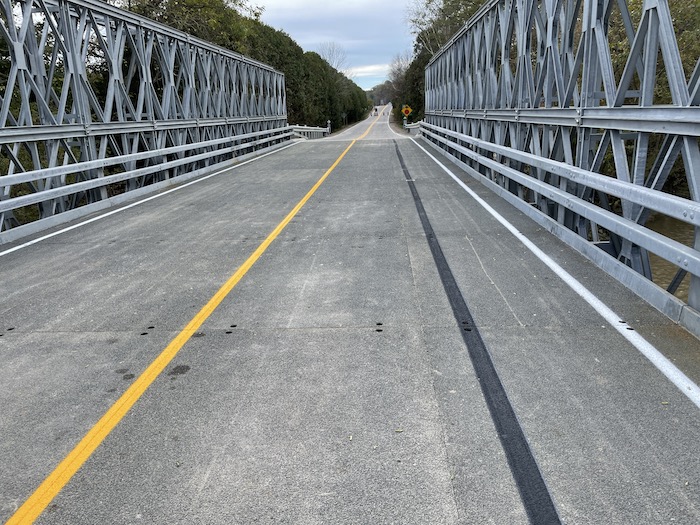 A modular steel bridge engineered by Acrow for temporary use has now been repurposed as a permanent structure to carry traffic over Kettle Creek in the Elgin County township of Southwold, Ont.

Designed and manufactured for a service life of up to 100 years, it replaces the structurally deficient, 120-year-old Meeks steel truss bridge. Previously, it served as a temporary replacement for a damaged bridge approximately 30 km away.

Specifically, Acrow was awarded a contract in 2018 to design and supply a modular steel structure to provide a detour downstream of the Imperial Road Bridge in Port Bruce, which had collapsed under the weight of a loaded dump truck that February, following heavy rains and flooding. As the crossing was the only direct route between the north and south sides of the town, a temporary solution was needed to maintain traffic flow until the Imperial Road Bridge could be rebuilt.

Sure enough, as the rebuilding of the Imperial Road Bridge neared completion, the county—on advice from consulting engineering firm CIMA+—decided to repurpose the modular structure to replace the Meeks bridge. This involved dismantling, reconfiguring (i.e. shortening, widening and enhancing with a full highway guardrail) and transporting the modular structure for assembly and launch at the new location.

“With an increasing need to repair or replace aging infrastructure, we are delighted to have been able to serve local communities on this important project,” says Ken Scott, president of Acrow Canada.