Speed of installation avoided the need for a detour and kept the project on schedule and within budget. 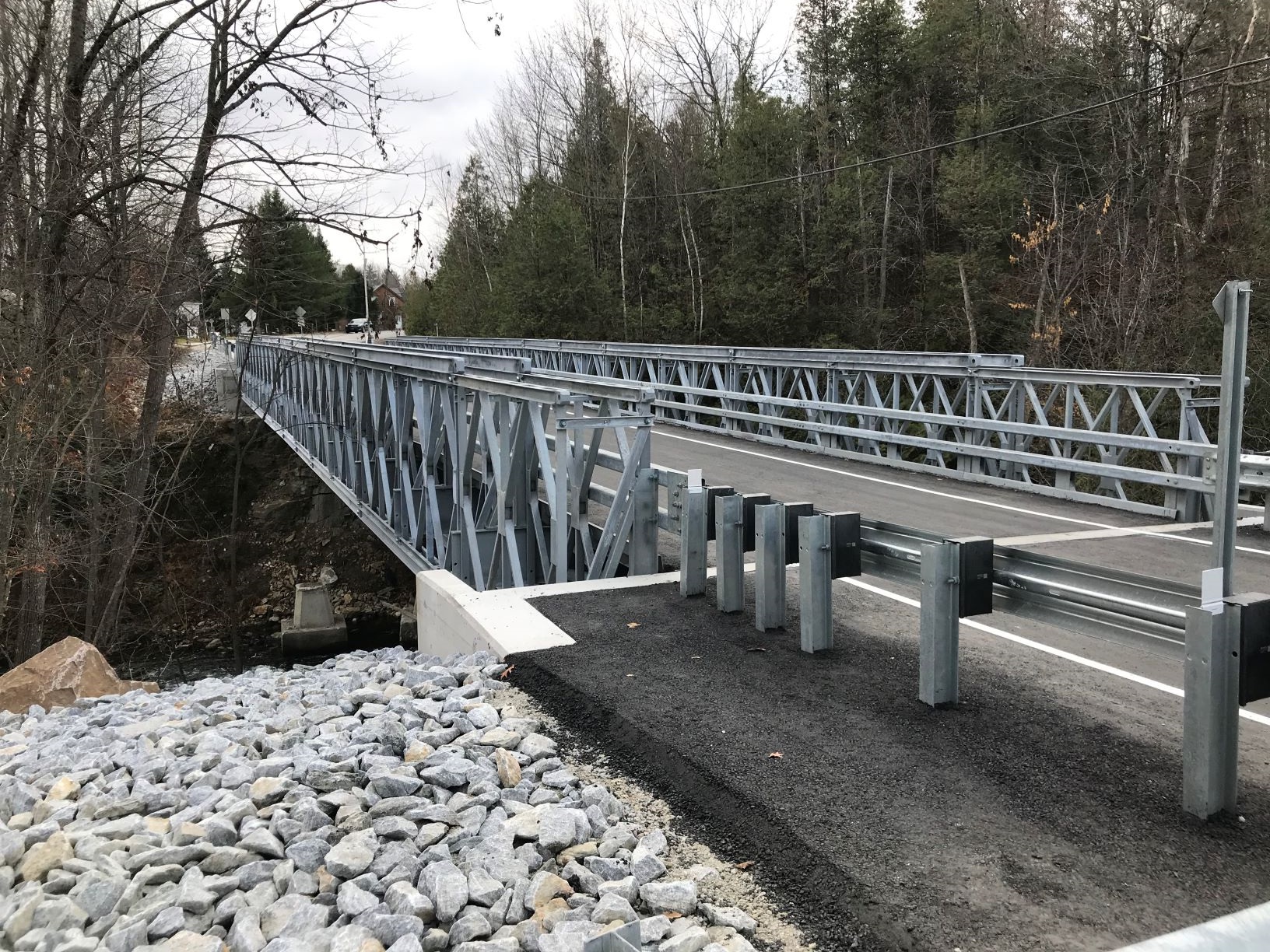 A modular steel bridge designed by international bridge engineering and supply company Acrow has now been installed to replace an aging structure over a stream in Tay Valley Township, a remote region about 90km southwest of Ottawa.

The crossing connects two communities and, according to Acrow, continued access is essential; without a bridge, a lengthy detour would mean inconvenience for residents and critically impact response time of emergency vehicles.

“The single-lane Bolingbroke Bridge was of unknown age and had been repaired or rehabilitated numerous times over more than four decades,” Acrow said in a news release. “After a 2018 inspection of the structure found severely deteriorated components, a weight restriction was imposed and a full replacement recommended.”

Acrow’s modular panel bridge fulfilled the need for minimal concrete work (foundations only). “This benefit, combined with the ease and speed of assembly on-site using prefabricated components, ensured that the construction process would be quick,” Acrow said.

The construction area was remote and consideration had to be given to ease of transporting bridge materials to site, ideally using compact modular components, rather than large steel or concrete beam sections on narrow rural roads. Furthermore, it was estimated there would be reduced overall costs when compared to building with conventional reinforced concrete slab on steel or concrete girder systems.

The 42.7 meter (140’) single-lane bridge is 5.5 meters (18’) wide, has a steel deck with asphalt overlay, and is designed for a 75-year design life in accordance with the Canadian Highway Bridge Design Code. The bridge was designed to accommodate an upward slope of 4.27 per cent from the north abutment to the south, and was installed using a crane-assisted launch, with guidance from Acrow’s site representative.

Total construction time for the superstructure was eight working days with a five-man crew, with the bridge opening in November 2020.