PEOPLE: Tragedy in Haiti At least two employees of consulting engineering firms were killed in the earthquake in Haiti that struck January 12.Katie Hadley, a 30-year old engineer from Franz Environmental in Ottawa, had just arrived that... 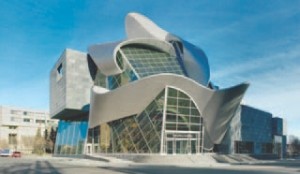 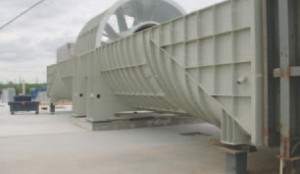 Pre-assembly of fan for climatic wind tunnel at UOIT. 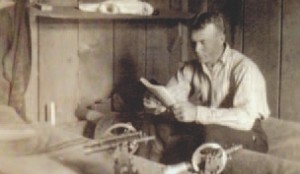 At least two employees of consulting engineering firms were killed in the earthquake in Haiti that struck January 12.

Katie Hadley, a 30-year old engineer from Franz Environmental in Ottawa, had just arrived that afternoon in Port-au- Prince and was settling into the Hotel Montana when it collapsed. Her death was confirmed by the Canadian government two weeks after the earthquake. To donate to a scholarship in her name, visit www.carleton.ca/giving

Richard Proteau, aged 65, of AECOM Tecsult, Montreal also died. He was in Haiti leading a highway project 400 kilometres from Port-au-Prince, but happened to be visiting the capital on the fateful day.

AECOM employees around the world have donated $282,350 for Haitian aid, and the company has matched that amount.

Activists are mobilizing against carbon trading, saying that the process is impossible to monitor. Noting that the UN has already approved more than 300 million carbon credits worth billions of dollars, Mark Shapiro in a Harpers article, wrote: “The increasingly complex and far-flung projects, with developers dredging up thousands of claimed reductions in remote areas all around the world, already far outstrip the UN’s ability to police them adequately.”– Probe International.

STRUCTURES: Toronto roofs must be green

Toronto is the first North American city to require green or “cool” (reflective) roofs on new developments. The rule came into effect January 31 and applies to residential, commercial and institutional buildings more than 2,000 m2.

A boldly renovated Art Gallery of Alberta opened in Edmonton on January 31. What was formerly a 1969 Brutalist concrete structure has been remodelled into a sculpted zinc, stainless and glass creation by Randall Stout Architects of Los Angeles, California.

Randall Stout won the commission to remodel the art gallery in a 2005 architectural competition. Several other consultants are from the U.S., including DeSimone Consultants as structural engineers, and IBE as mechanical-electrical engineers.

GENIVAR of Montreal has recently acquired two engineering firms in Ontario, bringing the number of its employees in the province to over 1,000.

In early March, Genivar acquired the Thompson Rosemount Group, a firm of 100 employees with offices in Cornwall, Ottawa, Guelph and Kingston. The firm serves the healthcare, institutional, municipal and transportation sectors.

Barenco, a firm of 40 employees in environmental engineering and sciences services based in Gormley, Ontario, has joined Trow Global of Toronto.

Canadian Consulting Engineer is pleased to announce that Andrew Steeves, P. Eng. has joined its group of editorial advisors. A civil engineer, Steeves is corporate strategic advisor for ADI Limited, based in Fredericton, New Brunswick. He was chair of the Association of Consulting Engineering Companies (ACEC) in 2001-2002.

One of the largest and most sophisticated climatic wind tunnels in the world is being built at the University of Ontario Institute of Technology (UOIT) in Oshawa, southern Ontario.

The 16,300-m2 General Motors of Canada Automotive Centre of Excellence includes a wind chamber where wind speeds can exceed 240 km/hour (for comparison, the Boundary Layer Wind Tunnel at the University of Western Ontario has wind speeds of 100 km/hour). Temperatures inside the UOIT tunnel range from -40 C to 60 C, and humidity can fluctuate from 5% to 95%.

The chamber will be used for testing not just vehicles and aerospace components, but also wind turbines and materials and products subject to severe conditions.

The $123-million building will be completed in June. Diamond Schmitt are the architects. Aiolos, a Toronto firm, designed the wind tunnel. The building structural engineer is Halcrow Yolles, mechanical-electrical engineer is Crossey Engineering, and civil engineers are AECOM.

McElhanney Consulting Services of Vancouver has published: Maps, Mountains and Mosquitoes, the McElhanney Story 1910 to 2010.

Written by Katherine Gordon, the book tells the history of “one of the few companies that has made it to 100 years in the surveying, mapping and engineering business and is still owned and managed by its employees.”

Today, McElhanney has a staff of 800 and works across Canada and around the world.