“A clever solution, done with lots of care.” – Jury 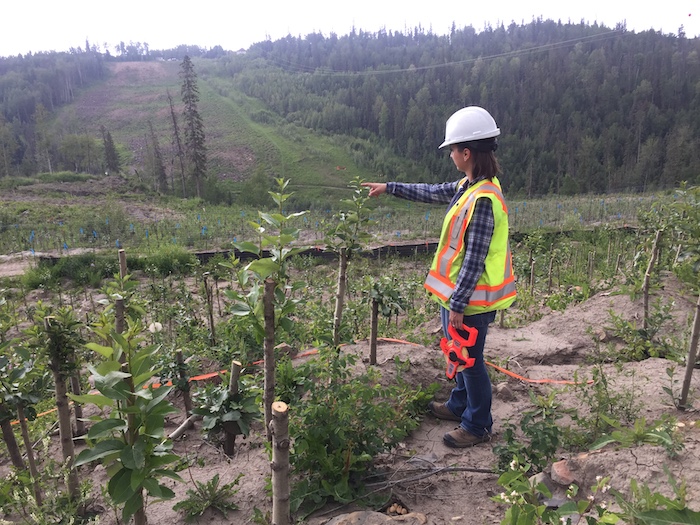 As part of the immediate emergency response, trees and shrubs were clear-cut to create firebreaks and prevent further spread. The equipment altered natural drainage patterns, compacted existing soils and reduced the ability for these areas to absorb water, causing drainage to flow to erosion-prone areas.

Recognizing the potential for future flooding and landslides, the RMWB retained Associated Engineering to prioritize and restore damaged sites. The resulting erosion and drainage control project demonstrated a broad-scale application of bioengineering.

Deciding where to begin

Engineers and environmental scientists conducted a preliminary assessment, which identified more than 300 damaged sites. Field data was combined with light detection and ranging (LIDAR) and infrastructure datasets to develop a matrix for prioritization. After developing evaluation criteria and a rating system, Associated Engineering prioritized 14 sites, predominantly ravines and deep slopes, which posed the most risk to property and the environment.

Traditional engineering requires heavy equipment for construction that would further damage the sensitive environment, particularly in sloped areas where access would be challenging. So, the team recommended bioengineering as the primary erosion repair strategy, augmented by conventional engineering.

Bioengineering techniques for landscape and watershed restoration mimic natural processes, conditioning soil and establishing live plants to accelerate and promote natural revegetation of damaged areas. Live stakes use poplar and willow species, both of which offer resilience to fires. At erosion sites, slope lengths are shortened through surface roughening and new vegetation increase infiltration. The resulting landscape is more resilient to climate change and will recover faster from events like flooding.

Such work had not previously been used on such a large scale, but with one of the 14 priority areas comprising four hectares, there would be significant benefits. Live stakes planted by hand would not cause major disturbances to environmentally sensitive areas, with no heavy equipment required in waterways.

There would also be cost savings. The largest site, the four-hectare Conn Creek Ravine, represented a cost of $1.36 million. Using the more traditional erosion protection approach of riprap to cover the equivalent area, it would have cost an estimated $4 million. 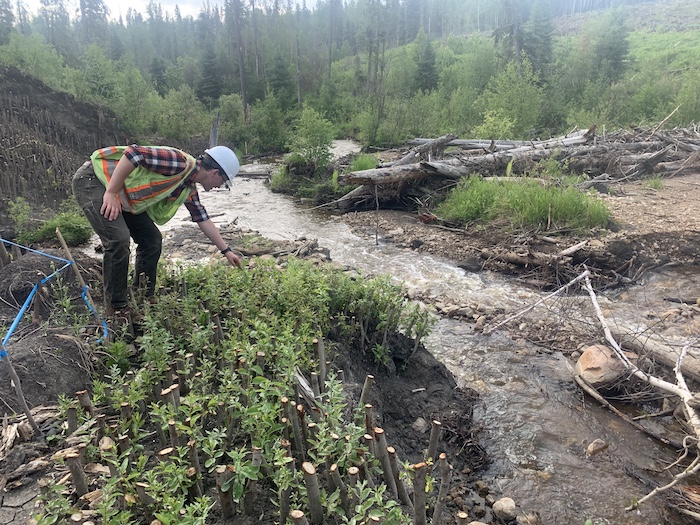 Due to the diversity of terrain, the team had to evaluate and develop unique combinations of bioengineering and conventional engineering for each site.

Live cuttings had to be collected while plants were dormant from September to May. They were planted using hand tools, avoiding the need to isolate creeks and salvage fish. Construction took place during periods of low flow, so crews could perform live staking along the toe zone of creeks without working in the water.

As local contractors did not have bioengineering experience, Associated Engineering trained all of those bidding on the project, to allow for a competitive process. The workshop included classroom and hands-on fieldwork that familiarized the contractors with the various bioengineering techniques and considerations, along with the scope of the project.

After one growing season, the community was already seeing the benefits of restoration. Plantings took root, filling in the firebreaks and bare sites with new foliage. The restored sites no longer experienced erosion and runoff.

The plantings are self-sustaining, requiring little to no maintenance (e.g. watering or cutting). As they continue to establish themselves, they will create conditions that promote later seral (i.e. intermediate) species to grow, further stabilizing the soil and increasing ecological functions.

The project restored almost seven hectares impacted by the wildfire, setting the stage for additional work in the area, by demonstrating the success of bioengineering on a broad scale and by building capacity for the local construction industry to continue.