Ledcor has established a program to match employee donations for the Fort McMurray relief efforts. Over $50,000 was raised within the first 24 hours of the launch of the program, which is supporting the Red Cross, The Salvation Army and Alberta Food Banks. In addition, Ledcor has been working with the local authorities to arrange road and air convoys to provide supplies to areas in need. And in partrnership with Alberta Transportation Ledcor employees manned a mobile fuel station on Highway 63. Its subsidiary Summit Air has been flying people out of the region and Summit Helicopters is helping with firefighting efforts.

Hatch has been mobilizing its employees to support the Fort McMurray disaster relief efforts. It is matching every dollar donated by employees from May 13 to May 31. John Bianchini, Hatch CEO, said “We are deply gratified that our employees and our clients in the Fort McMurray area are safe. Like so many Canadians, we want to do our part to help the dozens of affected communities in their time of need.” Hatch evacuated its employees and supported the shutdown of operations at the Nsolv oil sands pilot project north of the city.

Integral Group, mechanical, electrical and “deep green” engineers, have been joined by Render Light & Planning, an award-winning lighting consulting design firm of Vancouver. Render Light & Planning was launched in 2008 by Victor Quezada and Sean Casey. Their team will be integrated within Integral Light Studio. 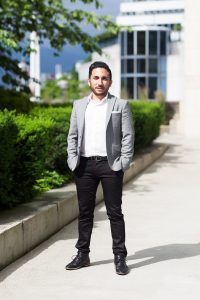 Integral Group’s Ali Nazari, P.Eng. has been elected the new Chair for the BC Chapter of the Canada Green Building Council. At Integral Group he is a principal and director of energy and sustainability for Canada.

SNC-Lavalin has announced a 12-year agreement to outsource the majority of its IT needs to CGI.  The agreement is valued at $500 million. SNC-Lavalin will keep responsibility for its IT strategy and cyber security. It will also continue to develop applications linked to its core business. The agreement also provides for CGI to add 400 IT positions in over 25 countries. Neil Bruce, president and chief executive officer of SNC-Lavalin, said they expect to find a saving of 20% in their IT operating costs for the duration of the contract. He said the announcement is “the first of many business improvement initiatives that will be completed as part of our Operational Excellence approach, which we launched at the end of March.” To read the May 11 press release, click here.