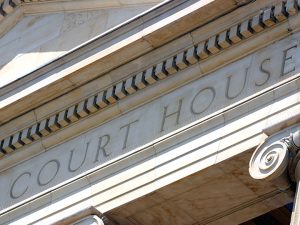 The request for proposals (RFP) stage has closed for teams to submit their bids to design, build, finance and maintain the new Halton Region consolidated courthouse in Oakville, Ont.

Following a request for qualifications (RFQ) process, three teams—EllisDon Infrastructure Justice, Escarpment Justice Alliance and Plenary PCL Justice—were prequalified and invited to respond to the RFP in February 2019. The teams were chosen based on their capacity to deliver a project of this size and scope.

Over the next few months, Infrastructure Ontario (IO) and the provincial ministry of the attorney general (MAG) will evaluate the proposals. They expect to announce the preferred bidder in spring 2020. Until then, a fairness monitor will continue to oversee the entire process. Construction is expected to begin in late 2020.

The new 25-courtroom facility will offer a range of justice, family, social and victim services by consolidating the Superior Court of Justice and Ontario Court of Justice operations from Milton and Burlington, Ont. The building will feature new technology to run more efficiently:

Also, the design is expected to meet the Leadership in Energy and Environmental Design (LEED) Silver standard.