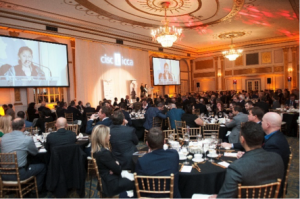 Organized by Quebec Region manager Hellen Christodoulou, the event highlighted projects that demonstrate the beauty, resilience, durability and other benefits of steel as a construction material. The awards program received 111 nominations this year, which were narrowed down to 40 finalists before the jury announced 13 winners.

Twelve of those awards honoured projects and teams that included consulting engineers, as follow:

Falling on Remembrance Day, the event was CISC’s Quebec Region’s first to pay tribute to veterans. A monument was presented to Canadian Military Engineers Association (CMEA). 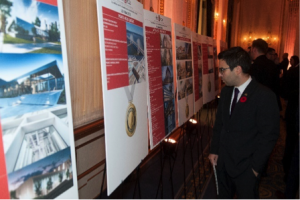 The regional awards focus primarily on projects in Montreal.