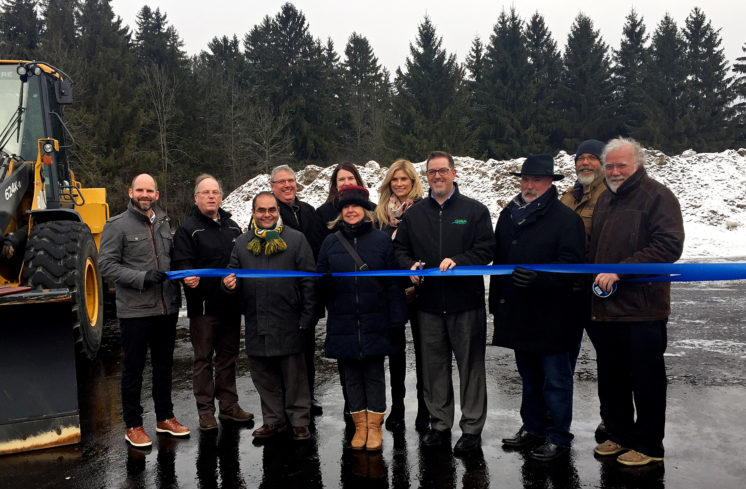 Consulting engineers at GHD have worked with Melfer Construction and the municipal government of Guelph, Ont., to build a new 18,600-m2 snow storage pad that will help reduce the local environmental impact of road salt.

Nearly 12 times the size of a hockey rink, the pad was built from approximately 3,500 m3 of recycled concrete and asphalt, with the support of a $3.5-million grant from Infrastructure Canada’s Clean Water and Wastewater Fund. It sits near Guelph’s existing wastewater treatment facility on Wellington Street West.

“Throughout winter, the city clears 500 to 2,000 truckloads of snow, ice, sand and salt from roads, bike lanes and sidewalks,” explains Doug Godfrey, Guelph’s general manager (GM) of operations. “In some cases, such as residential streets, the snow is simply cleared out of the way. In other cases, such as large parking lots, bridges and some downtown streets, it has to be scooped up and moved elsewhere.”

In the past, the city simply used an empty field near Wellington and Imperial Roads to store this snow. Each spring, it would melt directly into the sandy soil below and around the field.

“The pad is equipped with a drainage system and low-permeability lining to reduce erosion and protect the environment,” explains Prasoon Adhikari, P.Eng., an environmental engineer for the city. “Now, as snow melts, it’s collected and directed to a stormwater management pond, where it’s slowly filtered, before making its way into nearby wetlands.”

As part of the project and following an environmental impact study, city staff planted salt-resistant native trees and shrubs throughout the site, which also features a new weather station and commercial net-metered solar panel system.