Bridging North America has presented a 74-month construction schedule to complete the four components of the project with the bridge expected to be in service by the end of 2024. 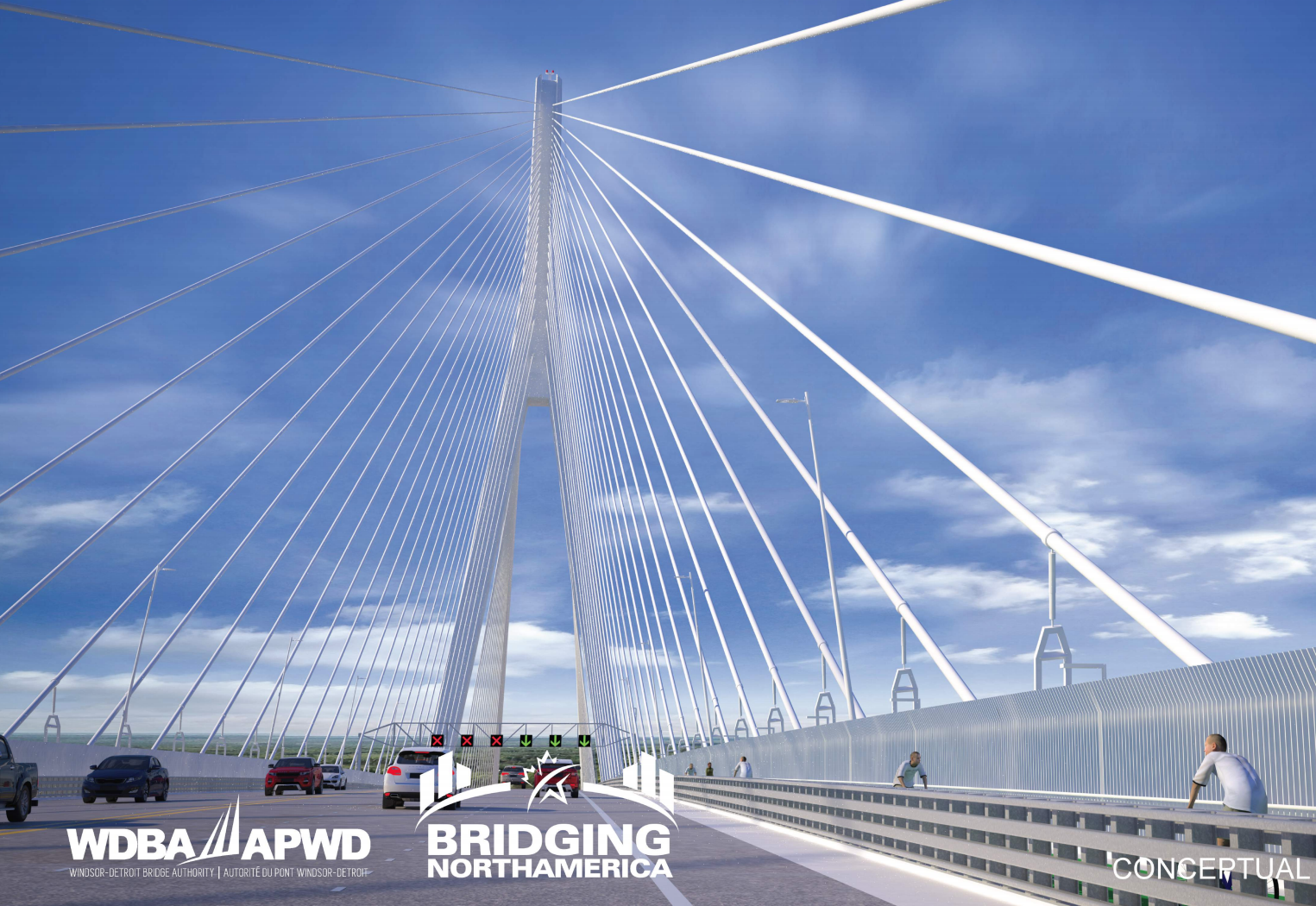 On September 28th the Windsor-Detroit Bridge Authority (WDBA) announced that they have signed a fixed-priced contract valued at $5.7 billion with Bridging North America to design, build, finance, operate and maintain the Gordie Howe International Bridge project.

The announcement also signifies that all contractual steps have been completed and construction can begin.

Bridging North America is led by ACS’ subsidiaries ACS and Dragados, along with Fluor and Aecon, with each company holding (respectively) a 40%,40%/20% share across the consortium. Aecon formally requested joining the group following the award of the contract to the team formed by ACS, Dragados and Fluor.

Bridging North America will receive progress payments during construction and a substantial completion payment at the end of construction.

They will also receive monthly payments for operations and maintenance over the 30-year concession (operating) period.

The performance-based contract is structured to ensure the contractor has the appropriate incentives to meet or exceed the long-term objectives of safety, reliability and capacity WDBA has set for the project.

Bridging North America has presented a 74-month construction schedule to complete the four components of the project with the bridge expected to be in service by the end of 2024.

The new Gordie Howe International Bridge will provide for redundancy at the busiest trade corridor between Canada and the United States with improved border processing and highway-to-highway international connectivity.

With features like a multi-use path for pedestrians and cyclists, LEED Silver rating for buildings and a robust Community Benefits Plan, the project will result in not only economic opportunities but positive environmental and community impacts.

“The project will be built to the highest standards of engineering incorporating sustainability, aesthetics and functionality. It is a shining example of collaboration between our two nations,” said Dwight Duncan, Chair, WDBA Board of Directors, in a media release.

The Gordie Howe International Bridge will be publicly-owned by the governments of Canada and Michigan.