The proposal is a two-lane all-season gravel road with culverts and/or double-lane bridges over water crossings as necessary. 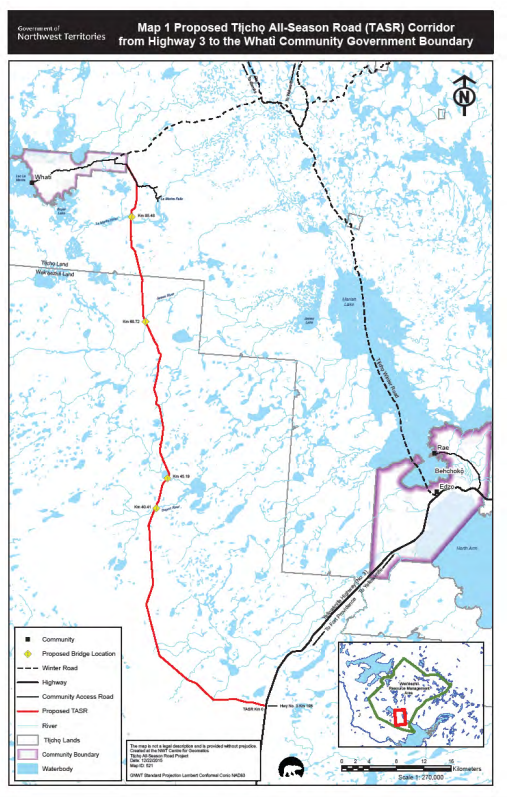 Called the Tłı̨chǫ All Season Road (TASR), a proposal from March 2016 the roadway would be 60 m in width with a cleared driving surface of approximately 8.5 m in width in order to accommodate a two-lane gravel road with culverts and/or double-lane bridges over water crossings as necessary.

The RFQ is the first stage in the Public-Private Partnership (P3) process for this project.

The government intends to select a shortlist of up to three proponents invited to participate in the next stage of the process, pending a decision on the environmental assessment for the project.

“Construction of the Tłı̨chǫ All Season Road is a priority of the 18th Legislative Assembly.  The project is a critical piece of infrastructure that will result in significant benefits for the Tłı̨chǫ region and facilitate growth for the NWT economy,” said Robert C. McLeod, Minister of Finance, in a media release.