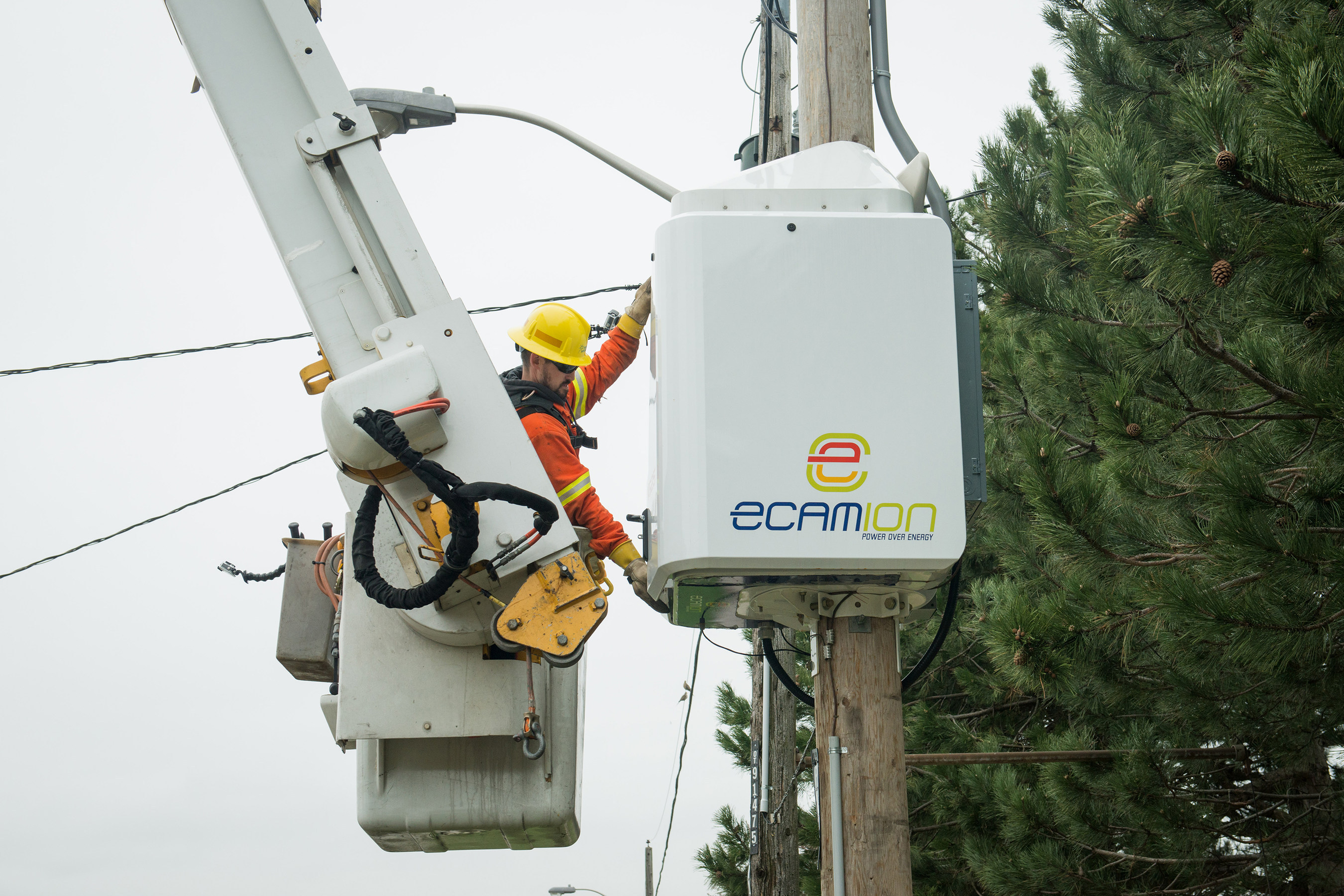 A pole-mounted energy storage system developed by Ryerson University and piloted by Toronto Hydro is showing positive results after being put into service in August of 2016.

Still in the early stages of the program, the system is mounted to the top of an existing hydro pole and stores energy during off-peak hours and releases power as needed.

According to Toronto Hydro, the project team is currently monitoring how the technology responds to real-time data, and from initial results, the energy storage system has demonstrated an ability to reduce strain on the local transformer. The unit is able to store the equivalent energy of approximately 2,100 smartphone batteries

“This is another example of a creative and innovative energy storage system being installed on our grid. We’re focused on supporting collaborative projects like this one as it contributes to an integrated electricity system better designed to handle peak demand and improve reliability for our customers,” said Anthony Haines, president and CEO, Toronto Hydro, in the company release.

If the project continues to prove successful, Toronto Hydro states that it could become a standard that’s rolled out with all new installations on the over 175,000 poles across the city.

This project was made possible with support from Ontario’s Smart Grid Fund, and it’s using eCAMION battery technology, a Toronto-based provider of modular, smart energy storage solutions. The energy storage device can also act as a temporary source of backup power during outages.

“Ryerson University’s Centre for Urban Energy is pleased to have developed the world’s first pole-mounted energy storage unit in collaboration with Toronto Hydro and eCAMION. The project showcases how the use of energy storage and smart grid technologies can enhance distribution system performance and reduce asset upgrade costs,” added Bala Venkatesh, academic director, Centre for Urban Energy at Ryerson University.