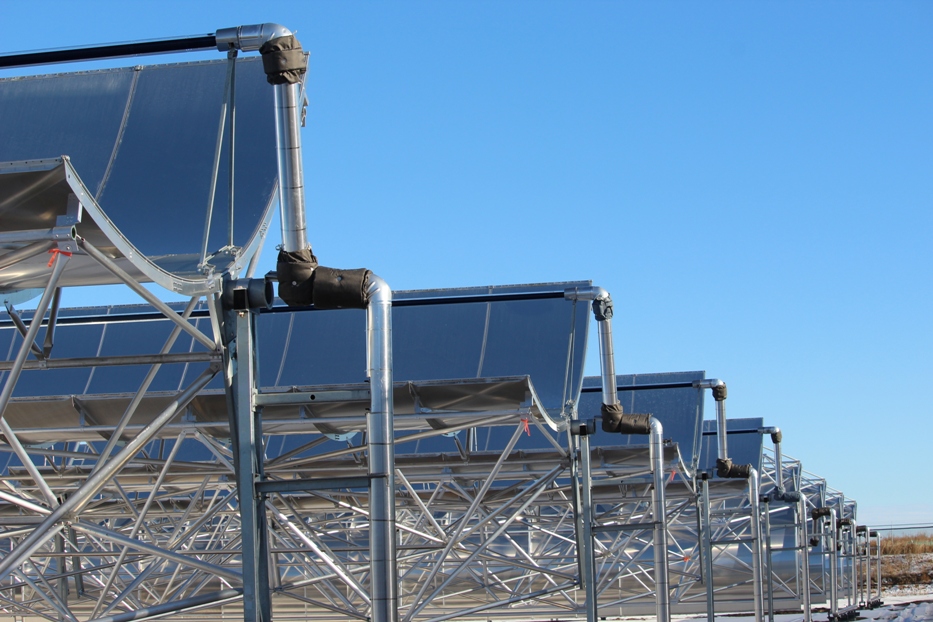 The HAT Smart Solar Thermal project uses parabolic solar troughs to concentrate and direct the sun’s energy to a heat transfer fluid. The heat is then fed into the steam cycle of the city’s main power plant to generate electricity. The project is the first utility-scale solar thermal application in Canada and it has captured interest as the first in the world to use the technology in a northern climate.

The city reported that during its first week of operations, the four solar troughs heated the fluid to between about 350 degrees F and 420 degrees F, dependent on the amount of sunshine. The fluid achieves peak heat and maximum efficiency at 650 degrees F.

The remaining four troughs are undergoing adjustments and will be commissioned as soon as they’re made.

The $9-million project is located beside the Gas City Campground and is expected to generate the equivalent of 1 MW, or enough electricity to power about 150 homes per year.

Worley Parsons is the engineer for the project. The company has done similar work on the Martin Next Generation Solar Energy Center in Florida. Cascade Management of Saskatoon are the project managers. Cascade also oversaw the purchase and installation of the LM6000 electric generators at the main power plant.

A solar celebration at the plant site is being planned for summer solstice on June 21, 2015.