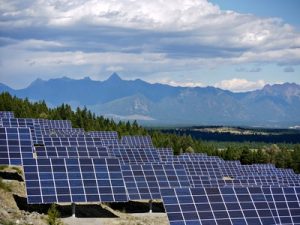 SunMine, a B.C. solar farm, won the National Award for an Engineering Project of Achievement from Engineers Canada in May.

Owned and operated by the City of Kimberley, SunMine is B.C.’s first grid-connected solar facility as well as the first to be built on a reclaimed mine site.

The facility has 4,000 solar cell modules mounted on solar trackers, a system which provides about 40 per cent more energy than a traditional fixed system.

It is also the first facility to be built on a reclaimed mine site.

Michel de Spot, P.Eng. of EcoSmart Foundation initiated the project. Key partners were Teck Resources and the City of Kimberley, which owns and operates the system.