The Association of Consulting Engineers of Quebec/Association des ingénieurs-conseil du Québec (AICQ) has announced that it is changing its name and has appointed a new president and chief executive officer.

The announcement was made on the evening of May 11 at the Grande Bibliothèque in Montreal, as part of the association’s annual awards celebrations.

Claude Décary, chair of the board of the association, explained that the association will adopt the name of “Association des firmes de génie-conseil – Québec,” and will use the acronym “AFG.” The association’s new name will be put to the vote of members at the annual meeting in June.

Decary said the new name indicates that the association has gone to a new level. The board’s intention is to focus on the positive contribution that consulting engineering firms in Quebec make to the province’s social and economic development, especially in infrastructure, innovation and exports.

In recent years the reputation of the consulting engineering industry in the province has been deeply affected by the fallout from charges of corruption and bribery, especially the evidence aired at the Charbonneau Commission of Inquiry. 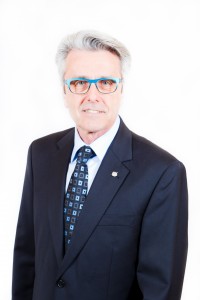 André Rainville, new president and chief executive officer of the Quebec association of consulting engineers, or AICQ (to be renamed AFG).