Located more than 30 metres under the Fraser River bed, the new tunnel more than doubles the capacity of the old water main and provides enhanced earthquake and river erosion resiliency. 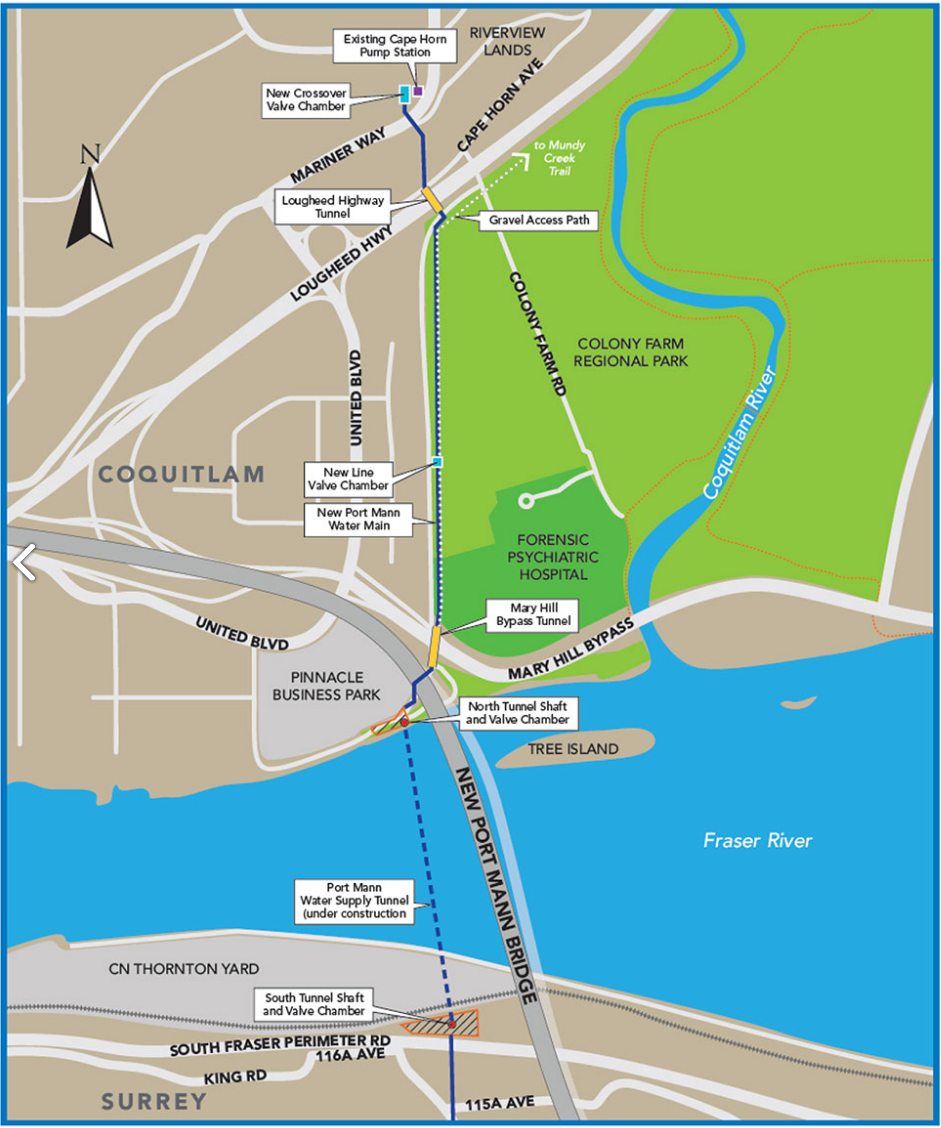 The Port Mann connection is a key link between Metro Vancouver’s watersheds and the communities south of the Fraser. Replacing this crossing was the first in a series of major water transmission system upgrades throughout the region.

Located more than 30 metres under the Fraser River bed, the new tunnel more than doubles the capacity of the old water main and provides enhanced earthquake and river erosion resiliency to help ensure the continued delivery of drinking water to Metro Vancouver residents. The project was recognized with the “2016 Canadian Innovation Project of the Year Award” from the Tunnelling Association of Canada.

“This was one of the most challenging and rewarding projects we’ve ever built,” said Darrell Mussatto, Chair of Metro Vancouver’s Utilities Committee in a release. “Our engineering and construction team came up with innovative solutions to tunnel through difficult terrain, at exceptional depths and under extreme groundwater pressures.”

The Port Mann Water Supply Tunnel consists of two 60-metre deep shafts – one in Coquitlam and another in Surrey – connected by a one-kilometre-long, 3.5-meter-diametre tunnel housing a 2.1-meter-diametre steel water main. A new valve chamber was built at the top of each shaft to allow the new tunnel to connect with the existing land-based water mains on either side of the river.

Construction started in the spring of 2011, when ground was broken for the south shaft. Tunnelling began in February 2014 and achieved breakthrough in June 2015. Installation of the water main inside the shafts and tunnel was completed in July 2016 and the valve chambers were finished in January 2017.

The tunnel had to be located deep underground to maximize its earthquake resilience, and tunnelling 30 metres below the bed of the Fraser River posed significant challenges. Engineers had to overcome difficult soil conditions and the highest groundwater pressures ever observed in Canadian soft ground tunnelling.

The soil deposits under the Fraser River consist of several different geologic layers. Some places have sand, gravel and clay, while others have dense, glacial soil strewn with immense granite boulders. These soil conditions, combined with the high groundwater pressures, required an advanced, custom-designed tunnel boring machine to complete the tunnel under the river. At one point, engineers had to inject liquid nitrogen from an in-river work platform to freeze and harden the soil at the front of the tunnel boring machine so that it could be repaired.

“This was an extremely complex project that took a lot of skill and creativity,” said Metro Vancouver Board Chair Greg Moore in the release. “The insights and experience gained will benefit future tunnelling projects in Metro Vancouver, throughout Canada, and abroad.”

A project overview citing challenges and solutions is available here.

Previous reporting on the progress of the project is available here.