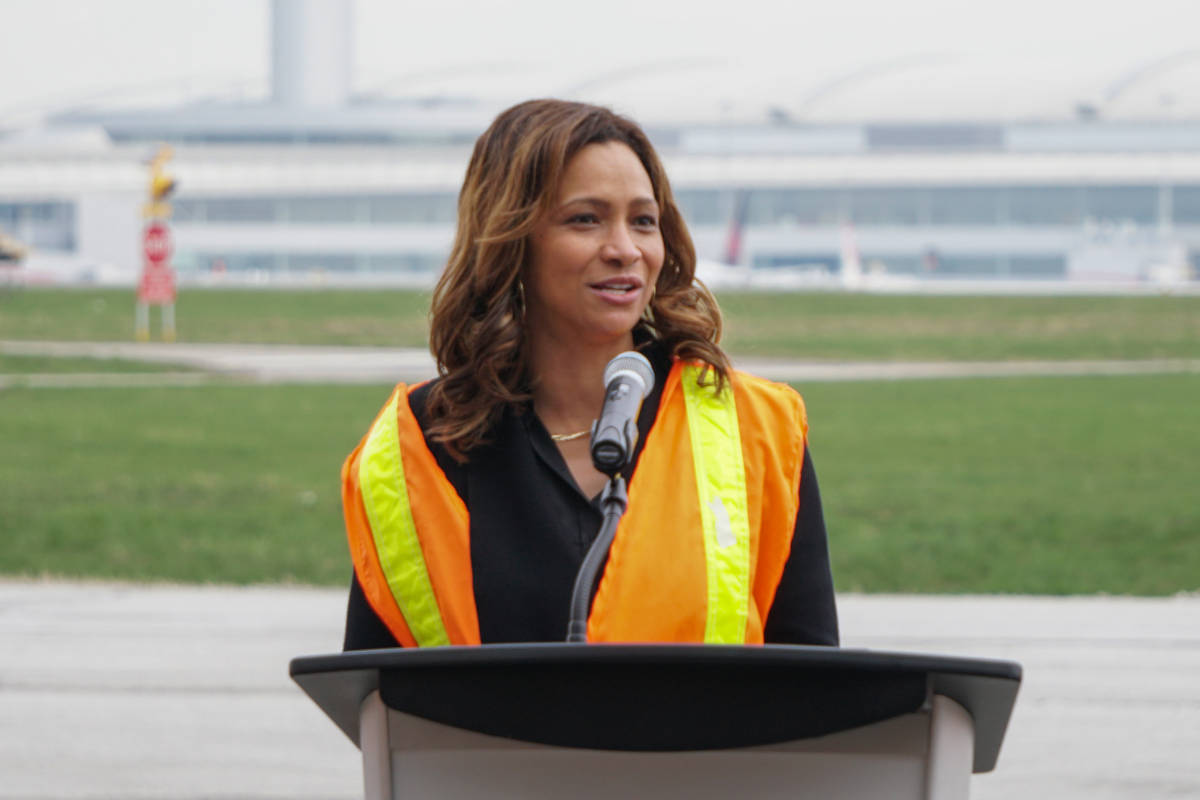 Deborah Flint, CEO of Greater Toronto Airports Authority, on the morning of April 25 welcomed Omar Alghabra, Canada’s Minister of Transport, to Toronto Pearson for a ground-breaking ceremony to mark one of the largest runway rehabilitation projects in the airport’s history. The construction project is being led by Dufferin Construction.

Runway 06L/24R, Pearson’s second-busiest runway, will be temporarily closed to late fall for a complete rehabilitation. The Greater Toronto Airports Authority (GTAA) explains modern innovation and advanced planning will allow Pearson to complete the project in eight months, and with a more sustainable approach.

First built in the 1960s, GTAA explains this three-kilometer runway requires a complete rehabilitation due to the wearing down of its concrete sub-structure because of weather conditions, use and time. This project will extend the life of the runway by 30 years and enhance the safety of the runway. The project will include the use of recycled materials and upgrades to 1,800 LED lights, GTAA notes, which will help enhance safety and reduce its carbon footprint.

GTAA also points to other environmentally progressive construction practices being used, such as repurposing crushed concrete from the runway pavement removal for the sub-base and base materials, and recycled milling asphalt materials on approach roads in the vicinity of the runway.

“This rehabilitation is about building essential infrastructure that is required for the economy of the region, the province and the nation,” said Flint. “A strong Pearson will support Canada’s recovery by enabling foreign direct investment, trade, tourism and critical goods movement. Moreover, this work will contribute millions of dollars to the local economy, create meaningful jobs and use sustainable construction practices.”

The Greater Toronto Airports Authority is the operator of Lester B. Pearson International Airport, Canada’s largest airport, which, before the pandemic, had served more than 40 million passengers for five years in a row.