Plans for a regional transit hub at Pearson airport unveiled

The plan calls for developing the transit centre into a mixed-use commercial area to also include airport passenger processing, including security screening. 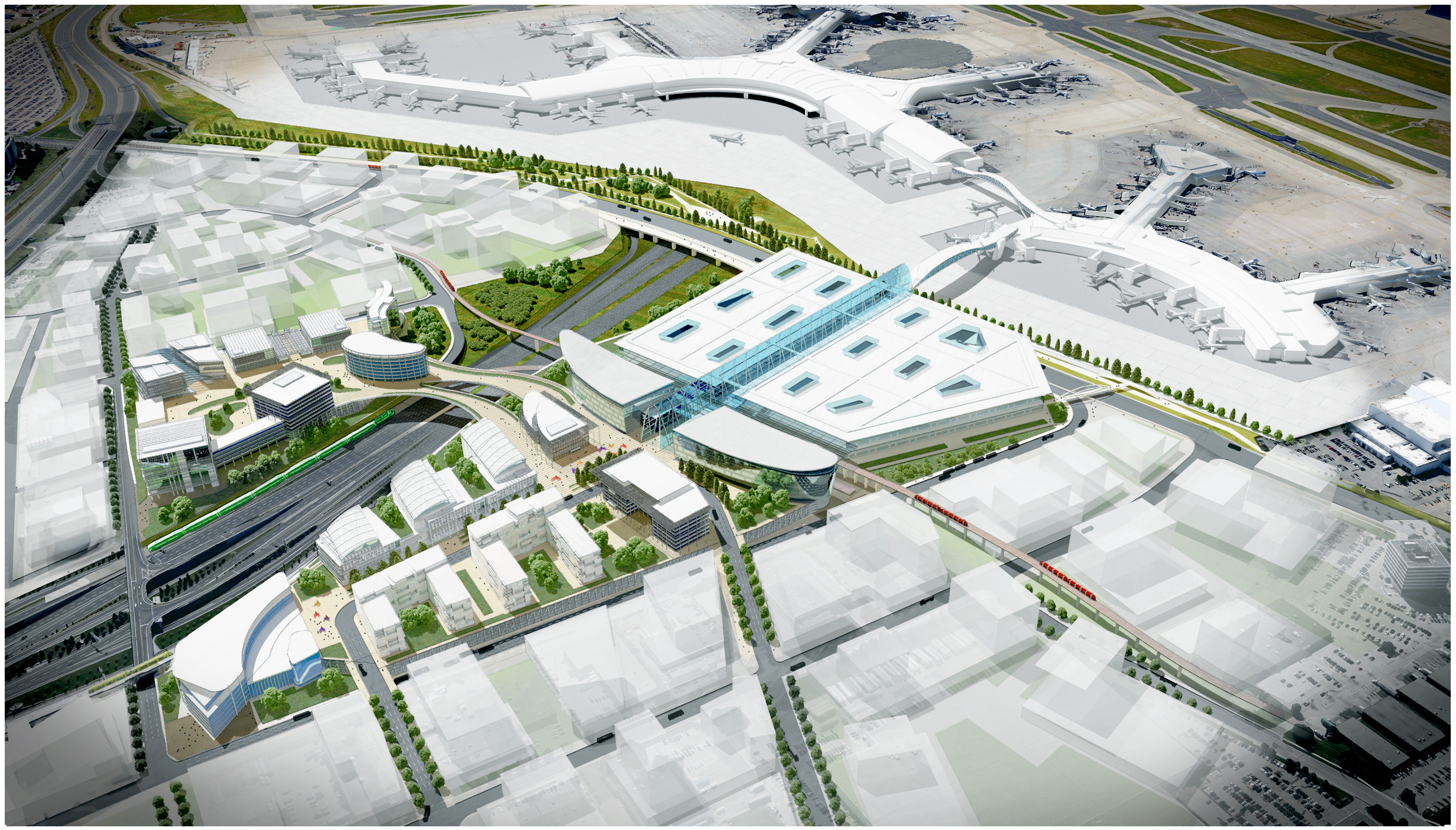 The Greater Toronto Airports Authority (GTAA), the operator of Toronto Pearson International Airport, is moving ahead with plans for a regional transit centre whereby multiple transit lines would converge directly across from the airport terminals. The plan also calls for making the transit centre home to airport passenger processing, including security screening.

GTAA president and CEO, Howard Eng unveiled preliminary concept plans for the transit centre at the Brampton Board of Trade’s State of the City event last week. Recommendations for a multi-modal hub in the greater golden horseshoe area  were included in the “Growing Canada with a Mega Hub Airport” report issued by Toronto Pearson in December.

“By the time New York and Chicago were the size that Toronto is today, they each had at least two major transportation hubs,” said Eng in a release issued by Toronto Pearson. “Now is the time to ensure that better transit options are in place; otherwise we risk squandering the significant opportunities that are part and parcel of the exciting growth that the airport, the city and the region are experiencing.”

The GTAA’s proposed transit centre located on airport lands will potentially connect a number of transit lines that are already in development or have been proposed by various levels of government, including: Eglinton Crosstown West LRT; Mississauga Bus Rapid Transit; Finch West LRT; Regional Express Rail on the Kitchener line; and the Province of Ontario’s High-Speed Rail concept.

The centre, proposed to be located across Airport Road from Terminals 1 and 3, with access from Highways 409 and 427 and from Airport Road, will be at the heart of a new mixed use commercial area that will include office, retail, hotel and other commercial space.

The GTAA has held preliminary discussions with all levels of government and anticipates continued planning discussions throughout 2017 both for the transit centre and the individual transit lines that will connect into the centre.