The current bridge, constructed in 1959, links the island of Lamèque to the mainland. Construction on the new bridge will begin in 2022. 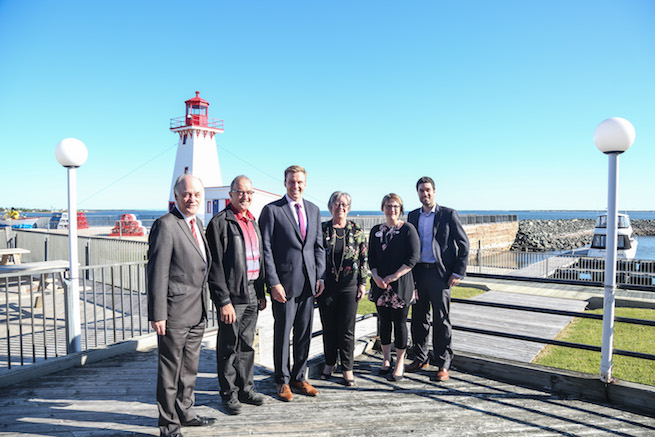 New Brunswick has announced that a new bridge will be built to replace the Lamèque-Shippagan bridge in the northwest corner of the province.

The current bridge links the island of Lamèque to the mainland and was constructed in 1959. It is one of a kind in New Brunswick, as it has a central lift allowing boats to pass.

The 194-metre span is nearing the end of its life and could be decommissioned within 10 to 20 years.

“The replacement of the Lamèque-Shippagan bridge will include a complex planning process and a design process but is an important step in ensuring the modernization of this vital link to the region. The construction on the new bridge will begin in 2022,” said Premier Brian Gallant in a media release.

Since 2015, the government has invested $1.4 million in repairs to the current bridge.

Pre-construction work on the project has begun and will continue over the coming years as more study is required prior to beginning the concept phase.

About $100,000 was invested during the 2017-18 fiscal year for planning and design work with respect to location options.

For 2018-19, the government has committed $250,000 towards the collection of design data, as well as surveying, geotechnical and hydraulic studies.

During this year, and in coming years, community consultations will take place to select a design that works for the community.