Among Canadian winners, Michael Roth, Ph.D., P.Eng. received the Crosby Field Award for his paper “Updating the ASHRAE Climate Design Data for 2017,” judged to be the best paper presented before the Society. 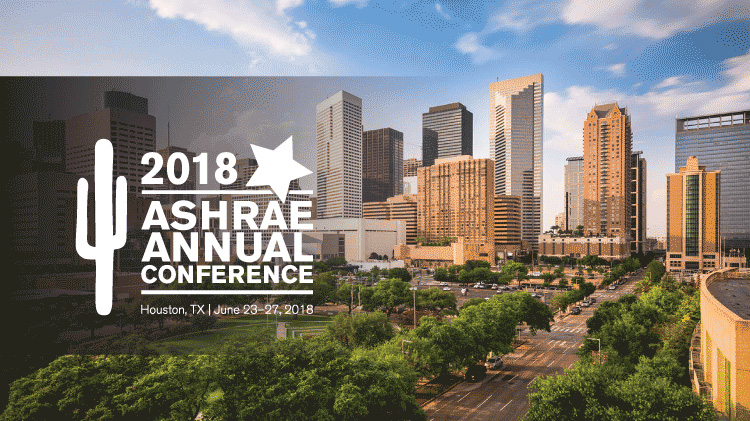 At the 2018 ASHRAE Annual Conference, June 23-27, held in Houston, the Society recognized the outstanding achievements and contributions of members to the heating, ventilation, air conditioning and refrigeration industry. A long list of awards and recipients were announced, below are some of the Canadian mentions from the awards. A complete list of recipients can be found on the ASHRAE site.

The Chapter Program Star Award was awarded to Abhishek Khurana of the Toronto Chapter, an award which recognizes excellence in chapter program endeavors. Khurana resides in Brampton, Ont.

The Crosby Field Award was awarded to Michael Roth, Ph.D., P.Eng. for his paper “Updating the ASHRAE Climate Design Data for 2017,” which was judged to be the best paper presented before the Society. Roth is director and co-founder of Klimaat Consulting & Innovation, Inc., Guelph, Ont.

Among the papers receiving a Technical Paper Award, recognizing the authors of the best papers presented at Society conferences, an award went to Mohammad Rafati Nasr, Ph.D. and Carey J. Simonson, Ph.D., P.Eng., for “Experimental Measurement of Frosting Limits in Cross-Flow Air-to-Air Energy Exchangers.” Nasr is test engineer for CORE Energy Recovery Solutions, Vancouver, and Simonson is professor at the University of Saskatchewan. Nasr also received the Willis H. Carrier Award for that same paper. This award is given to a member 32 years of age or younger for presenting an outstanding paper at a Society conference.

Among the 21 Distinguished Service Awards handed out saluting members of any grade who have served the Society faithfully and with distinction and who have given freely of their time and talent in chapter, regional and Society activities. The following five Canadian members were recognized: