A LEED certification for the design and construction of transit stations and systems as a whole is also in development. 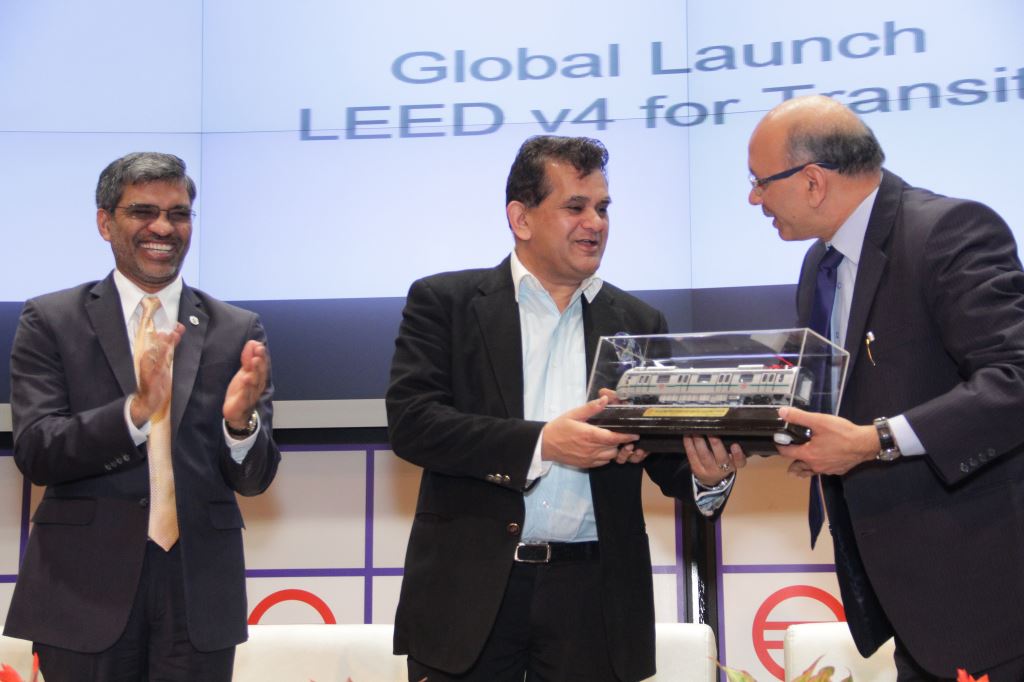 The new rating system is targeted for operational transit, and a LEED certification for the design and construction of transit stations and systems as a whole is also in development.

The Delhi Metro Rail Corp. in India will be the first metro in the world to pursue the pilot, LEED v4 O+M: Transit, for their metro stations in Delhi NCR and other states in India.

Performance of the metro stations will be monitored via the new Arc performance platform, which facilitates tracking of data across five performance categories: energy, water, waste, transportation and human experience.

“Buildings and transportation are the two biggest drivers of climate change,” said Mahesh Ramanujam, president and CEO, USGBC and GBCI. “As we look to build upon the market transformation of the built environment, it is critical we also address transportation.”

The announcement of the new system was made at Delhi Metro Rail’s new LEED-certified Metro Bhawan headquarters, the first project in the world to pursue and achieve LEED certification by leveraging the new LEED performance pathway through the Arc platform.

The launch of LEED v4 O+M: Transit follows a 2015 alliance in which Delhi Metro Rail, USGBC and GBCI—the global third-party organization that certifies all LEED projects—agreed to address the performance and environmental needs of metro stations and transit systems using LEED.

The pilot was earlier approved by the LEED Steering Committee, a governing body with representation from around the world that approves all major changes to the LEED technical requirements.