Construction of the Mountain Highway Interchange is the first phase of the $198 million, four-phased Lower Lynn Interchanges Improvement project. 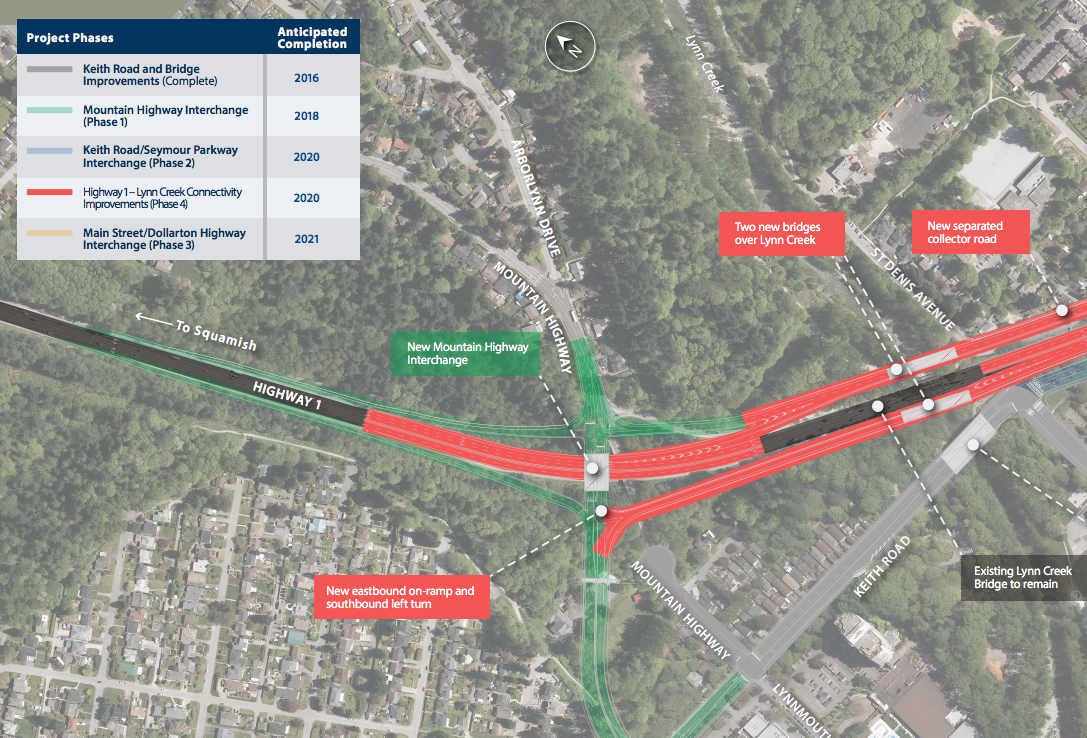 A project to improve safety and access along Highway 1 through the Lower Lynn Corridor, just north of the Ironworkers Memorial Second Narrows Crossing is moving forward with the contract now tendered for the new, $36 million Mountain Highway Interchange.

This tender involves building a new interchange with additional ramps where Mountain Highway intersects with Highway 1, reducing congestion and providing an alternative to the east-west and north-south routes on the North Shore. The tender is now posted on BC Bid and the Province expects to select the contractor this spring.

“This interchange upgrade, combined with the District of North Vancouver’s $14 million Keith Bridge and Keith Road expansion, will improve safety and start to reduce travel times at one of the Lower Mainland’s worst traffic bottlenecks,” said Transportation and Infrastructure Minister Todd Stone in a government release. “I’m looking forward to seeing construction start on the Lower Lynn Interchanges Improvement project, designed to benefit all users of the road while promoting growth and building strong, prosperous communities across B.C.”

The construction of the Mountain Highway Interchange is the first phase of the $198 million, four-phased Lower Lynn Interchanges Improvement project. Construction is expected to begin later this spring. When completed in 2021, the Lower Lynn Corridor Interchanges Improvement project will improve traffic flow through North Vancouver and on Highway 1 to access BC Ferries and the Sea-to-Sky Highway to Squamish and Whistler.