Work on selecting an engineering consultant is underway, and once selected, detailed design is expected to take at least two years. 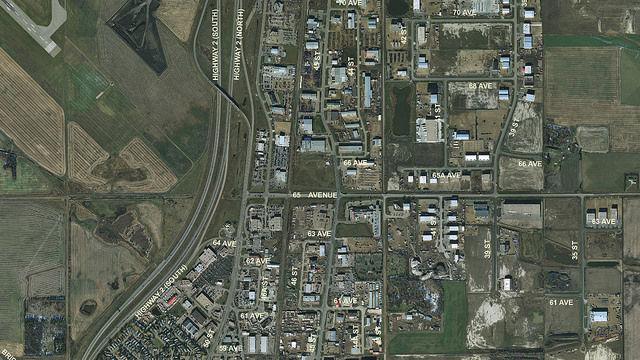 Aerial image of 65 Avenue and QEII highway in Leduc. (source: Government of Alberta)

The province of Alberta, the City of Leduc and the Edmonton International Airport (EIA) are each contributing $1.2 million for detailed design work to develop an interchange that will help reduce congestion on the QEII highway, while also providing a new connection to developments in Leduc and the airport.

The process for selecting an engineering consultant is underway. Once a consultant is selected, detailed design is expected to take at least two years.

Leduc is part of one of the fastest growing regions in Alberta and attracts business and investment from around the world.

“We’re pleased to partner with the City of Leduc and the Edmonton International Airport to advance work on this important transportation project,” said Brian Mason, Minister of Transportation, in a government release.

The detailed engineering design is required to better estimate the total costs and project timelines.

The Alberta government, EIA and City of Leduc previously cost-shared on the $412,000 planning study for the project.

Construction of the interchange is not currently on the Three-Year Provincial Construction Program. It will be considered for construction based on provincial priorities and available funding.