Boiler upgrade provides up to 96% thermal efficiency in six models ranging from 2.5 million to 6 million Btu/hr. 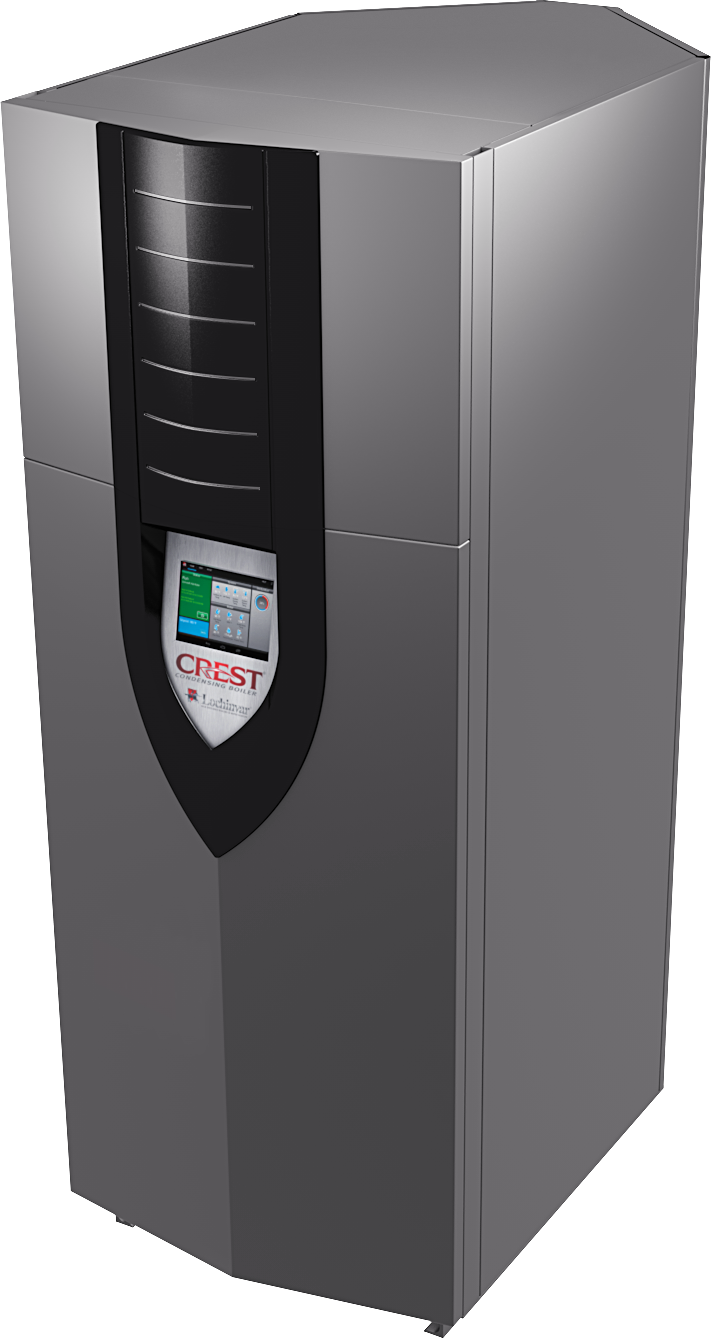 The CREST condensing boiler upgrade provides up to 96% thermal efficiency in six models ranging from 2.5 million to 6 million Btu/hr.

Designed, engineered and assembled in the U.S., Lochinvar’s CREST boiler features an enhanced modulating burner that delivers a turndown ratio up to 20:1 and flexible flow rates up to 600 gallons per minute to meet the needs of the largest commercial applications.

“Whether you’re designing a large commercial application or you’re the facility manager at a  hospital or university, the CREST Condensing Boiler provides the increased efficiency you want and the performance and durability you expect from Lochinvar,” said Mike Lahti, vice president of sales, marketing and business development. “Thanks to its leaner, simpler, more efficient design, the CREST series not only performs more efficiently, but it is also easier to service and maintain.”

The CREST boiler communicates in real time with building management systems by utilizing an on-board Modbus or BACnet MSTP protocol. And with CON·X·US remote connectivity, a standard feature, commercial facility managers and building owners can monitor and adjust equipment controls from a mobile app.

The CREST boiler offers commercial installers six venting options and permits direct-vent air intake and exhaust runs of up to 100 feet using AL29-4C stainless steel vent pipe on all models as well as CPVC, PVC, and Polypropylene on the 2501-3501 models.