New utility-owned microgrid in North Bay, Ont. is the first of its kind in Canada. 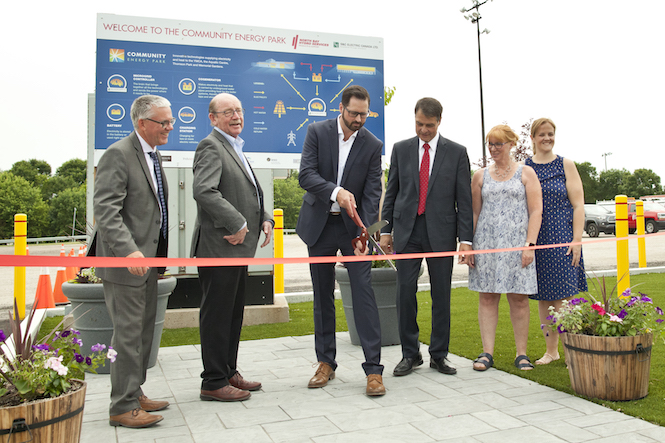 North Bay, a city with 51,000 residents in northeastern Ontario is home to the country’s first utility-scale microgrid system, an electricity producing network that serves to offset load from the main grid for local activity facilities while also providing a resilient solution for the city, powering an emergency shelter in the case of adverse events.

North Bay Hydro Services has been involved in the development of other cogeneration projects in recent years, including a methane-capture gas plant at the local Merrick Landfill site, and a combined heat and power project at the North Bay Regional Health Centre. 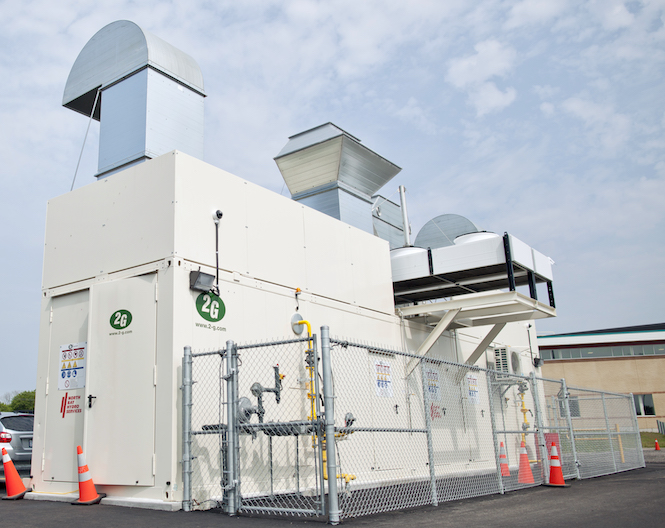 The “brain” of the microgrid operation is S&C Electric‘s GridMaster Microgrid Control System. The controller manages the DERs to ensure generation and load are balanced appropriately. The controller continuously monitors the status of the DERs and assesses the microgrid’s capability to operate as an independent island. It also monitors the main grid’s supply voltage, allowing the control to detect an outage.

The North Bay microgrid project was first announced in May of 2017 with construction beginning in 2018. Because the Community Energy Park powers the arena for North Bay’s major junior hockey team, the microgrid’s construction and testing couldn’t interfere with the team’s games and practices.

As the project was underway, North Bay Hydro Services wanted to add more features to the microgrid to optimize its performance and efficiently use sustainable resources. S&C’s engineering team designed the system to integrate the desired and required features. One interconnection requirement limited the microgrid to only feeding power to the community facilities, and not exporting to the system.

When the microgrid is in grid-tied mode it can initiate a transition to islanded mode either manually or automatically. Also, while in grid-tied mode, the microgrid can perform a seamless transition in the event of a grid-side fault or loss of voltage, ensuring the Community Energy Park’s load can ride through a momentary or sustained outage without any interruption.

The controller supports two different responses during a momentary outage. If the microgrid DERs are online and the system can transition seamlessly to islanded operation, the controller sets the protective relays to respond promptly to system events by tripping the interconnection breaker and initiating islanded operation. This enables the microgrid to ride through certain system events that would otherwise cause a momentary outage.

The seamless unplanned islanding has been demonstrated to successfully operate during system tests and actual system events after commissioning.

In anticipation of an approaching storm for example, the control system can charge the battery storage system to an optimum state of charge to maximize the time the system can operate islanded, if required. 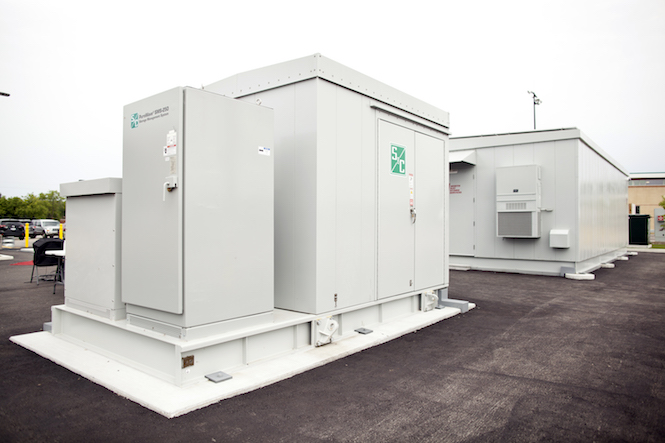 The Community Energy Park provides multiple benefits to the community. The microgrid connects to both the local aquatic centre, which has fitness facilities, a pool, and other recreational services, and to the local hockey arena, which has many rooms and rinks. As the park’s system produces electricity, heat by-product is captured and then transferred to the facilities.

Local mechanical/electrical consulting engineering firm, Piotrowski Consultants, was involved with taking the heat from the CHP into both buildings, distributing and maximizing the use of the heat. The heat warms the aquatic centre’s pool and aids in the ice-resurfacing process for the hockey rink.

The battery energy storage system performs key functions in the microgrid system. The CHP generators function optimally within a limited range of power output. The microgrid controller commands the BESS to charge or discharge to allow the CHP generators to operate in their optimal range. 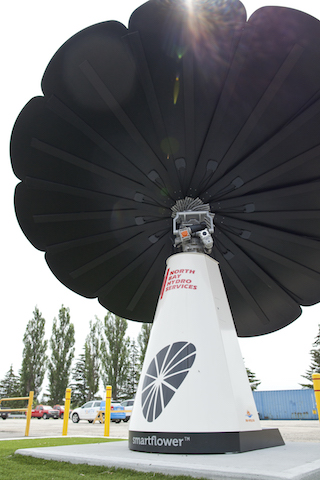 The microgrid’s design allows for future expansion of generation, loads, or new features that may become necessary as the system evolves or as new technology emerges. Another feature is secure remote access, which allows S&C to provide immediate assistance if required.

The project performance confirms that up to 87% of the electricity requirements for the microgrid’s buildings can now be met by on-site generation, along with 55% of its heating needs. The estimated greenhouse gas environmental impact is a 450-ton reduction in CO2 emissions annually.

As for the community, residents now have a place to go not only for shelter during a time of crisis, but also for recreation.

As the electricity grid shifts from large, centralized power plants to smaller distributed generation with more hybrid-fueled systems, the Community Energy Park microgrid represents an example of what the future grid will be. For North Bay, that future is now.