Jim Lord runs Green Drinks Toronto, a casual monthly event where up to 400 people who are interested in sustainability issues might drop by. 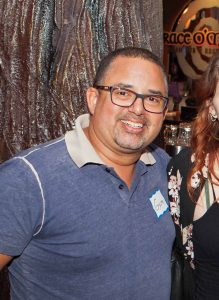 Once a month in cities around the world people interested in sustainability issues gather for an informal, free event called Green Drinks. It all started in the U.K. in 1989, when a few environmentalists found themselves chatting around a table in a pub. Today www.greendrinks.org posts gatherings in 73 countries, including 55 cities in Canada. CCE spoke to Jim Lord, BBA, FCIP, LEED AP, principal of Ecovert Sustainability Consultants, who organizes the Toronto events.

How many people come to Toronto’s Green Drinks?
We get between 150 and 400 people, depending on the month. The very first one in Toronto was in 2005, and in 2008 when I started running it we had 50 to 75 people. Since then we’ve seen a dramatic increase.

Q. I had no idea it was this big. It’s quite amazing.
When I started attending I found it to be a unique networking event. People were friendly and welcoming, and they weren’t selling anything. They were just there chatting and wanting to meet other people, which was excellent compared to a lot of networking groups where there are sales people trying to sell you stuff.

Q. Did you have a problem finding a venue for 400 people?
Grace O’Malley’s holds 400 so we’re good. We usually don’t have 400 all at the same time; it’s over a span of a couple of hours.
But if we continue to get more popular we might be in trouble!

Q. What kind of people usually come?
It’s a really diverse group. We get everyone from engineers, consultants, architects, to students, professors, government officials. Every month it changes. I would say probably at most events 30% to 40% of the people are there for the first time.

Q. If you see someone standing by themselves, do you try and introduce them to a group or do you just let things happen?
We put out name tags and signs, and people just show up. We encourage people to go up to others and ask “What makes you green?” The people who’ve been to previous events tend to be very outgoing and draw people in. There are tables on the perimeter, but the main space is just an interactive mingling spot.
It’s quite often that we have visitors from out of town. And we get international visitors. I’ll get an e-mail from someone who goes to Green Drinks in Paris, for example, saying, “I’m going to be in town, is it o.k. if I come along?”

Q. What kind of things do people talk about?
A lot of people talk about renewable energy. Certainly solar and geothermal get a lot of discussion. We have people talking about waste and waste diversion — it seems to be one of the topics that comes up a lot.

Q. Do you stay pretty much on topic about green issues, or does the conversation stray?
Whatever is going on. The pub has a big screen TV, so if there’s a critical game and it happens to be the Blue Jays winning, or the Raptors, the talk will drift. Or politics. Donald Trump certainly came up a lot at the last event.

Q. So you don’t keep it strictly to green talk?
Oh no, people can talk about whatever they want.

Q. It probably gets pretty loud, does it?
It does. Certainly in September and December when we get close to the 400 mark, it’s very loud. They’re our really big events.