The rehabilitation of Runway 06L/24R is one of the largest projects in Pearson's history. 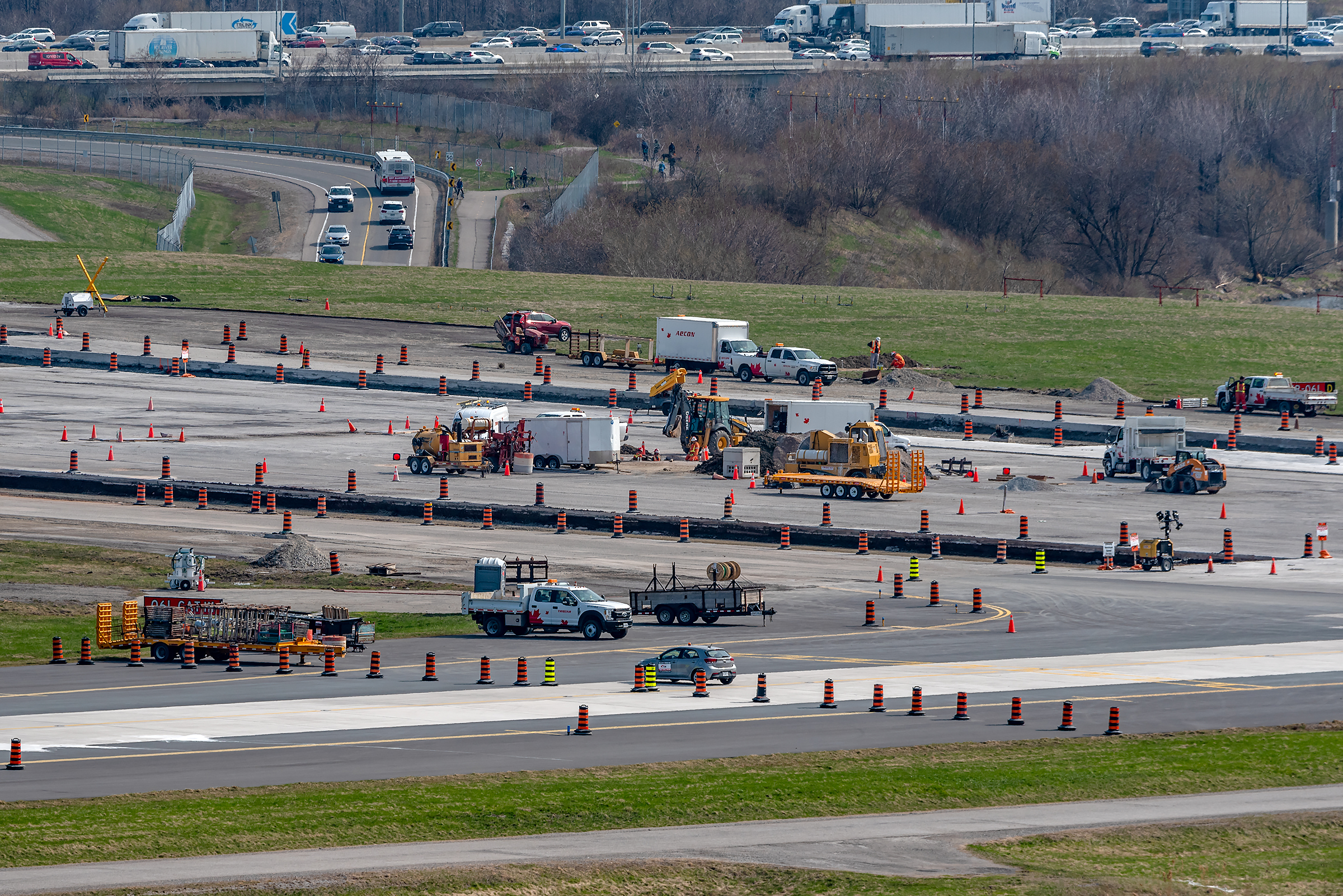 The rehabilitation of Runway 06L/24R extends the life of the runway by 30 years and enhances the safety of Pearson’s operations. (Photo credit: Kevin Prentice)

The project – which lasted from April to November 2022 – is described as one of the largest in Pearson’s history, and began in the planning stages over a year-and-a-half ago. First built in the 1960s, the three-km runway needed to be fully reconstructed due to the wearing down of its concrete sub-structure as a result of weather, use and time. Concrete from the original runway was crushed and re-used for the new runway. “The construction of an on-site batch plant reduced the need to truck concrete to the rehabilitation site and reduced GHG emissions,” GTAA officials said. “[And] two of only three 12-foot pavers in existence in Canada were used for the rehabilitation, helping to reduce the overall timeline of the project and associated emissions.”

The project also included upgrading 1,800 incandescent lights to LED lights. In total, the project extends the life of the runway by 30 years, GTAA said.

“This runway is more than a marvel of modern engineering, as amazing as it is,” GTAA president and CEO Deborah Flint said during a ribbon-cutting ceremony. “It paves the way for the next 30 years of YYZ stimulating Canada’s economy by facilitating trade, foreign direct investment, tourism and business.”