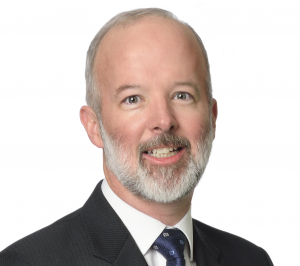 Bruce Matthews, P.Eng., chief executive of Consulting Engineers of Ontario (CEO), has been a professional engineer since 1990. Matthews took on the leadership role at CEO in late February 2018 and during his brief tenure with the organization, he has been vocal about diversity issues within the industry.

We reached out to Matthews to learn more about his views on industry diversity as part of our year-long Point of View series.

What or who influenced your decision to become an engineer?

For as long as I can remember I’ve had a fascination with aviation—not just the mechanics of flight, but with aspects of air navigation and air traffic control as well. And while I earned my private pilot’s licence at 19, my interest was in so much more than operating an aircraft. The Systems Design Engineering program at the University of Waterloo was a natural fit for me, and I was fortunate to spend the first decade of my engineering career in the aerospace and defence sector.

There is a “perspectives gap” that results from a failure to embrace true diversity. Too often the discussion on diversity and inclusiveness focuses on the adverse impacts to the excluded groups. We need to pivot the conversation to focus on the benefits to organizations that come from embracing diversity and demonstrating inclusivity: better problem solving, and better decision making.

Things are clearly improving on this front. Curiously, it appears to me we are having more success with cultural diversity than with gender diversity. PEO’s latest Annual Report indicates that only 18% of new licenses were granted to females, yet fully 1/3 of new licenses were granted to graduates of non-Canadian Engineering Accreditation board (CEAB) programs. While not all non-CEAB graduates are internationally educated visible minorities, there is undoubtedly a positive correlation. We should be encouraged by that fact, but we should be concerned about the gender diversity numbers.

Engineers Canada’s 30 by 30 initiative—to have 30% of newly-registered engineers be women by 2030—is an aggressive target, what will it take to get there?

It is an ambitious target, but I still view it as achievable. Assuming a four-year university engineering program and at least four years of experience before licensure, the women who will be licensed in 2030 are now in high school. We need to target messaging and programs towards them to pique their interest. They need to hear from women engineers as champions of the profession to reinforce the idea of what is possible. Second, we must make changes within our organizations to demonstrate that it’s a new world with new opportunities. We need a cultural shift and change in mindset to identify and address the biases—direct and indirect—that make women feel unwelcomed or unsupported. Our approach to mentorship has to be revised to better demonstrate inclusiveness. The acknowledgement has to be that men and women are equal, but they’re not the same and the status quo won’t achieve change.

How can consulting engineering companies improve the diversity within their ranks?

This is a particular challenge at the present time. CEO’s member firms report that attracting and retaining qualified staff is among their top three concerns. The problem is most pronounced at the intermediate skill level (8 to 18 years of experience), but it’s an issue among junior staff as well. When demand for staff exceeds supply, it’s hard to successfully execute diversity initiatives and programs. Nonetheless, engineering companies need to recognize the benefits of diversity in the nature of the work they do and be ever mindful of the need to reap those benefits. Diversity and inclusiveness must be woven into the DNA of organizations—it can’t be just a mask or façade that is relevant only at the point of entry to a company.

Are you optimistic that we’ll see greater diversity among engineering firm leadership?

I am optimistic—I think it is inevitable. Senior management will eventually mirror the diversity of junior staff. No one has suggested that the underrepresented groups in the engineering realm lack ambition or lack the capacity to excel within their organizations. So how could we fail to see greater diversity at the leadership level? Besides, there’s a great business case to be made for bridging the “perspectives gap” that I identified earlier. Firms will recognize that they must be diverse at all levels in order to succeed.