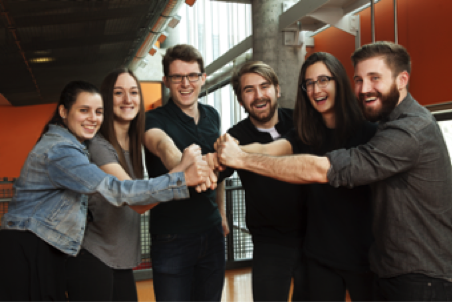 Consulting engineering firm Hatch has established three new $10,000 scholarships to support female engineering students attending Montreal’s École Polytechnique, as a way to honour the memory of the victims of the school’s mass shooting on Dec. 6, 1989.

In the targeted attack, 12 engineering students were among the 14 women shot and killed, while 10 others were injured. Two years after the massacre, Parliament declared Dec. 6 the National Day of Remembrance and Action on Violence Against Women, also known as White Ribbon Day.

Hatch’s announcement, made on the 30th anniversary of the attack, is part of its efforts to encourage and support women entering the industry. One of the company’s goals is for women to make up 40% or more of its staff by 2023.

“The memory of the Polytechnique tragedy has me thinking about the role of women in the field of engineering,” says Mélanie Kahle, global simulation director and regional process director for Hatch, who is herself an alumna of the school. “The presence of women is key to the success of engineering companies because of the diversity of ideas they bring to the table and their contribution to the pool of available talent. This is true at all levels, including management.”