Siobhan Robinson, a project engineer with Kerr Wood Leidal, consulting engineers of Vancouver, was pronounced one of the Top 100 Most Powerful Women in Canada on November 26. The awards are handed out by the Women’s Executive Network (WXN). Robinson won in the Telus Future Leaders category. It recognizes women who are 30 years or younger and who are “exceptional young women who have distinguished themselves early in their careers, and who show tremendous potential to continue making their mark in the years to come.” 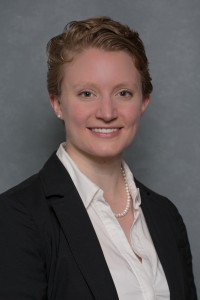 At KWL Robinson works on water and wastewater treatment projects and is “passionate about empowering youth to pursue a career in engineering.” She is a member of Science World’s Scientists and Innovators in the Schools Program, vice-chair of the BC Water and Waste Association Young Professionals Committee and chair of the Association of Consulting Engineering Companies British Columbia (ACEC-BC) Young Professionals Group Steering Committee.
Another winner in the WXN awards was Catherine Karakatsanis, chief operating officer of Morrison Hershfield, consulting engineers of Toronto. She has won the award in previous years. A gala dinner to celebrate the winners was held at the Metro Toronto Convention Centre on November 26.
For more information, click here.
Pinchin, based in Mississauga, Ontario, has made changes following the passing of the company’s founder, Dr. Donald Pinchin in July. Dr. Pinchin founded the employee owned company in 1981. Across Canada the Pinchin Group now has 750 staff and 38 offices. Jeff Grossi, who had been acting-president following the death of Dr. Pinchin, is now chief

executive officer. He was previously chief operating officer, a position he had since 2007. Robert Thomas, P.Eng. is executive vice president and chief technical officer. He has over 25 years’ tenure with the company and was instrumental in the growth of the hazardous building materials service. Vico Paloschi, P.Geo. has been appointed to the role of executive vice president, GTA Services, with responsibility for offices in Mississauga, Toronto, Peterborough and a new office in Oshawa. Mr. Paloschi has been with Pinchin for 10 years, during which time he has grown the environmental due diligence and remediation group.
Dr. Howard Goodfellow, director of the board at Tenova Goodfellow in Mississauga, Ontario, received an award for 30 years of long standing service in the industrial ventilation field at the 11th International Conference on Industrial Ventilation held in Shaghai, China in October. Dr. Goodfellow was the founder of the original industrial ventilation conference in 1985.
A former (2012-2013) president of the Association of Professional Engineers of Alberta (APEGA) , Leah Lawrence, P.Eng., has been appointed president and chief executive officer of Sustainable Development Technology Canada (SDTC). SDTC is an arm’s length federal agency that supports new environmental technologies. Lawrence is also a past chair of the Calgary change of Commerce and was most recently president of Clean Energy Capitalists.