Ontario’s Construction Lien Act review – What does it mean for consulting engineers?

Interview with Bruce R. Reynolds and Sharon Vogel of Borden Ladner Gervais, authors of a report on changing the legal regime for construction projects in Ontario. Their 100 recommendations include establishing a 28-day limit on subcontractor payments.

As previously previously reported, the Ontario Attorney General has released the report of an expert review that included 100 recommendations for changes to the province’s Construction Lien Act.

The province has said it wants to “modernize” construction legislation and will use the report’s findings to inform legislation to be introduced next spring.  Other provinces are following these developments carefully.

Ontario’s review was prompted in 2014 by the introduction to the legislature by MPP Steven Da Luca of Bill 69, the Promptness of Payment Act. Da Luca’s Bill was in support of a strong movement growing among suppliers, subcontractors and the trades who were upset about having to endure long lag times before being paid for their work. The long lag times for payment are traditional in the industry, but the subcontractors wanted reform.

However, the government took a wider view. In February 2015 the Attorney General commissioned construction law experts Bruce Reynolds, as counsel, and Sharon Vogel, as co-counsel, both of Borden Ladner Gervais, to conduct a comprehensive review of several construction legal issues.

The result was the report, “Striking the Balance: Expert Review of the Construction Lien Act.” Reynolds and Vogel’s team took 18 months to do the work, consulting widely with different stakeholders. They also reviewed the experience of other countries such as the U.S., U.K., Singapore, Malaysia, and Hong Kong. 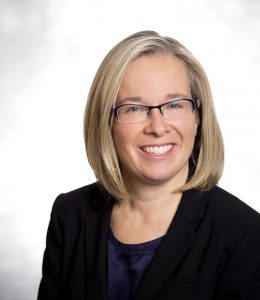 Q. Didn’t you find it a humungous job, carrying out such a wide-ranging review?

Sharon V.:  Yes, the Construction Lien Act is a complex piece of legislation.  It was last reviewed in a holistic way back in the early 1980s and there have been lots of changes in the industry since then.  So there was a need for a comprehensive review. It was a big job, but we had a terrific team at BLG assisting us.

Q. You have said that the proposed changes would be “significant” for the construction industry. Are there any particular aspects in your recommendations that would affect consulting engineers?

Bruce R.:  We recommended a Promptness of Payment approach which would include an obligation on the part of an owner to pay a general contractor within 28 days of the general contractor’s submission of a proper invoice. The term “proper invoice” is very important in this context.  It means, if this becomes law, that the engineer or architect who is working for the owner to certify payment will have to complete that certification process within a period of time that may be shorter than is currently the case on some projects.

Q. How much shorter, typically? 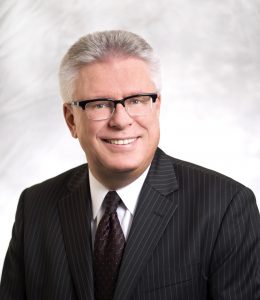 Bruce:  It depends upon the contractual provisions.  Right now freedom of contract applies and we are aware of examples where the owner has 45 days within which to administer the payment process.  We’re recommending, amongst many other things, that the payment period be 28 days maximum following delivery of a proper invoice. The recommendation that we have made in relation to the payment cycle would apply notwithstanding any contractual provisions to the contrary.

“The recommendation that we have made in relation to the payment cycle would apply notwithstanding any contractual provisions to the contrary.”

Q. Won’t it mean that the prime consultants will have to work a lot more quickly to certify payments?

Bruce:  Well, we’re not experts in engineering or architecture, but where a professional previously had a month and a half to perform certain functions, and is then required to perform that same function within a month if our recommendation becomes law, then it may be necessary for them to identify new approaches that will allow the certification to occur more rapidly.

There are other jurisdictions, I hasten to add, where the same functions are required by law to be performed within much shorter periods.  There are states and large cities in the United States where legislation or policy requires these same functions to be performed within 15 days, for example.  The evidence that we have considered indicates that the 28 day period that we have recommended is a reasonable balance.

Sharon:  We’re cognizant of the need to give the payment certifiers sufficient time to review the work performed and evaluate it.  So over the course of our consultation meetings we did meet with representatives of the engineering community including the consulting engineers, who provided us with a very good submission that we reviewed and discussed with them.

Q. Looking at it another way, would the shorter payment procedure have benefits for the consulting engineer? Does it mean that an engineer  working as a subconsultant to an architect would be paid more quickly?

Sharon:  [Also] the services that architects and engineers provide are lienable.  So they will have an interest in other recommended modifications to the Act, such as the extended period of time to preserve and perfect liens. Extending those periods will allow them additional time to register their claims for lien and to perfect their Liens.

As well, there is a recommendation to permit the “phased, annual or segmented release of holdback,” which has repercussions for architects and engineers.  In the consultation meetings and in the submissions that we received from architects and engineers, we heard about the fact that much of the work of design professionals can be performed at the front end of a project. That means certain monies (e.g. the 10% holdback which is held back by owners) can be tied up for long periods of time, years sometimes, because the Ontario Act currently doesn’t allow for a phased release of holdback.  We recommended modifications to recognize that concern.

“. . . we heard about the fact that much of the work of design professionals can be performed at the front end of a project. That means certain monies (e.g. the 10% holdback which is held back by owners) can be tied up for long periods of time, years sometimes …

Q. What about dispute resolution?

Sharon:  Many people who met with us and who made submissions talked to us about the length and expense associated with current dispute resolution mechanisms available to them.  The current Act provides that parties litigate their disputes. There is a summary procedure for dealing with construction Lien action in this province, but even then it can often take a very long time to resolve a construction dispute and it can get very expensive.

So one of our recommendations is to try and expedite the resolution of disputes by providing for adjudication.

Right now there are various alternative dispute mechanisms in place in various contracts in the construction industry.  But there is no mandatory requirement to use those mechanisms under the Act as it exists now.

We recommended that a statutory adjudication process be put in place and that the decision of an adjudicator would be binding on the parties on an interim basis, that is, until the dispute is finally determined through legal proceedings, including Lien proceedings, or through arbitration, if provided for under the contract.

Q. When the report was publicly released by the Attorney General on September 26, Bruce said: “We are pleased to deliver a report that strikes a balance between the diverse opinions we’ve heard throughout our stakeholder consultations, and between a number of mutually supportive payment, payment security, and dispute resolution strategies.” What do you think is the likelihood of your recommendations becoming law?

Sharon:  The Attorney General’s announcement sets out what his plans are. He intends to obtain some feedback in the short term from stakeholders, with a view to moving forward to make changes to the Act. – CCE