The milestone enables Pikangikum to eliminate its dependence on diesel as their primary energy source. 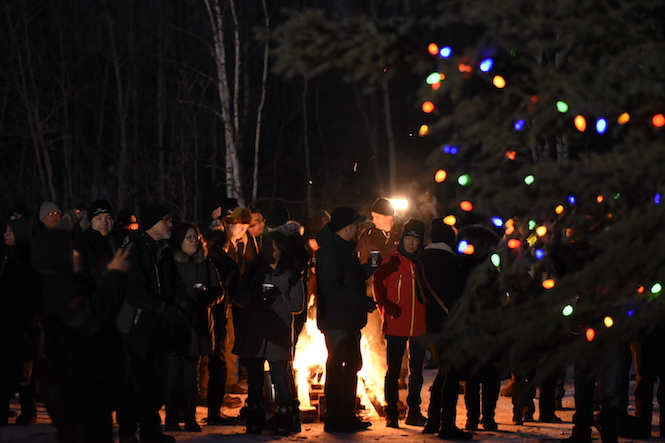 In March 2018, the federal government announced a $1.6 billion investment in Wataynikaneyap Power, an Indigenous-led and majority owned transmission company working to connect First Nations communities to the Ontario power grid by 2023.

On December 20th, the Pikangikum First Nation was the first to celebrate its connection courtesy of the Wataynikaneyap Power project. The community held a Christmas Tree Lighting ceremony to mark the event.

The milestone enables Pikangikum to eliminate its dependence on diesel as their primary energy source.

“Our elders signed the treaty to share in the benefits of any major development that occurs in the homelands. Our people are leading the pathway by owning major infrastructure with a vision of bringing light to our communities. We celebrate with Pikangikum this remarkable achievement. Today, the line that brings light shines in Pikangikum and brings us one step closer to energizing across the North and realizing the hopes of our people and future generations,” said Margaret Kenequanash CEO, Wataynikaneyap Power LP.

Wataynikaneyap Power is a licenced transmission company equally owned by 22 First Nations (51%) who partnered with Fortis (49%). The goal is an eventual 100% ownership by First Nations.

In Ontario, 25 remote First Nations rely on high-cost diesel generation as their sole source of electricity, which has limited community growth and access to economic opportunities, in addition to the risks that fuel delivery and storage pose to the environment. Construction on this project began in October 2017 and the first pole in the power line for Pikangikum was installed on February 15, 2018.

“We are very happy that the project was completed so quickly. This investment for our First Nation supports significant improvements to the quality of life of members and to the environment. We will now have clean, safe and reliable energy that will have a positive impact on the health and well-being of everyone that lives here,” said Chief Dean Owen, Pikangikum First Nation.