Matthew Janes, P.Eng., a senior engineer with Isherwood Associates in Toronto is president of DFI for 2019, while Daniel MacLean, P.Eng., of Keller Foundations Ltd. in Acton, Ontario joins the DFI Board. 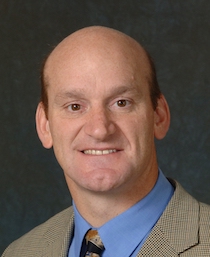 To start the new year the membership of the Deep Foundations Institute (DFI), the New Jersey-based association of engineers, contractors, manufacturers, suppliers, academics and owners in the deep foundations industry, has announced the election of two new members to its Board of Trustees, the re-election of four trustees and a new roster of officers including a new president, Matthew Janes, P.Eng., a senior engineer with Isherwood Associates in Toronto.

Janes has more than 35 years of design and management experience in the fields of consulting engineering, equipment design and contracting. He has been involved in the development and promotion of new technologies throughout his career. His role with DFI sees him move from vice president to president; the other officers include Michael H. Wysockey, Ph.D., P.E., Thatcher Engineering Corp. (Indiana/Illinois), moving from treasurer to vice president; Gianfranco Di Cicco, GD Consulting (Florida), moves from secretary to treasurer; and James O. Johnson, Condon-Johnson & Associates (California), moves from trustee to serve as secretary. Dan A. Brown, Ph.D., P.E., D.GE, of Dan Brown and Associates (Tennessee), is now the immediate past president. 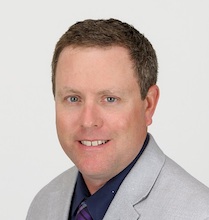 There is also a Canadian among the two new trustees elected. Daniel MacLean, P.Eng., is the business development manager at Keller Foundations Ltd. based in Acton, Ontario. MacLean has more than 17 years of deep foundations experience. A Queen’s University graduate, he joined Keller Foundations in 2016 and has been a member of DFI for almost 15 years and served as co-chair of the DFI-ADSC Micropile Committee. He is active in the International Association of Foundation Drilling (ADSC), and served as research chair and national board member from 2012 to 2017. He is also the chair of the International Society for Micropiles (ISM).

The other new trustee is Morgan NeSmith, P.E., the director of engineering at Kansas-based Berkel and Company Contractors.