The project will see power from solar photovoltaics on customer property integrated back into Calgary's electricity grid.

The  federal government is investing $1.4 million into a next-generation smart grid project in Calgary. Funded by Natural Resources Canada through the Green Infrastructure Program and the project is being developed by ENMAX Power, and is designed to safely send extra renewable electricity generated by customers back into Calgary’s electricity grid for others to use. 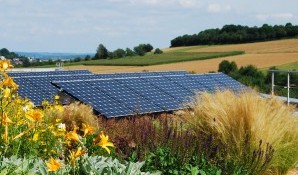 “This innovative project, the first of its kind in Canada, allows us to explore two-way power flow on a segment of the electrical grid that has not historically been able to support this,” said Gianna Manes, ENMAX President and CEO, in a media release. “By advancing this technology, we will be able to build the resiliency of our grid and enable future customer opportunities.”

Initially, the two-way power flow will be demonstrated using Solar Photovoltaics (PV), but it can be expanded to include other types of generation and resources. Using a combination of advanced monitoring and controls as well as protective relay configuration changes that allow for export, the proposed project will demonstrate how solar PV, and ultimately other forms of distributed generation and energy resources, can be safely integrated into secondary and spot networks.